AION’s upcoming update 3.0 is its most extensive since its release. Along with countless innovations in PvE (player vs. environment), it also offers new challenges for high level players in PvP (players vs. players). In the fight for four new fortresses and eleven artefacts, NCsoft and Gameforge are sending all three factions into battle at the same time.

The new territory Tiamaranta houses four fortresses, which are being defended by the Balaur monster hordes using any means necessary. These fortresses can be attacked and conquered by the Elyos as well as the Asmodians. What makes this especially exciting is that both factions can try to capture the fortresses at the same time whilst having to fight each other and the Balaur. At the end, the players then face a reincarnation of the Balaur’s Lady Tiamat, who will not go down without a fight.

Each fortress in Tiamaranta is assigned two artefacts each, which are protected by boss monsters. These are all in Tiamaranta’s Eye. If a faction manages to gain an artefact, they will be rewarded with positive status changes, offering a crucial advantage in the battle for one of the fortresses. Because each fortress lies in opposite corners of the region, with Tiamaranta’s Eye in the centre, these PvP battles take on epic proportions and demand the very best of every player’s abilities. 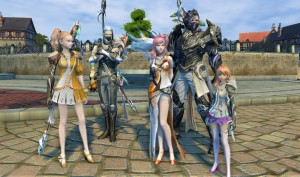 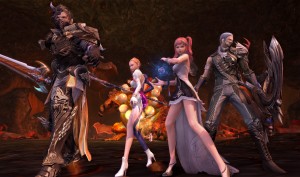