Nival today released a brand new trailer for Prime World, as well as some new screenshots for it. Nival also confirmed that the forthcoming open beta will be localised in English and open soon to gamers in the UK and beyond. Localised in English and other languages, the new trailer gives players a taste of what awaits them in their battle to overthrow their enemies and win control of the priceless Prime resource.

In  Prime World, players take up arms in an almighty battle between technology and magic with the ultimate goal of controlling the priceless energy source Prime. Players will choose from dozens of characters, develop them in their own castle and go head to head with friends in ferocious PvP battles. Hero classes already revealed include Quarrier, Fire Fox, Rat Master, Archer, Artiste and Inventor, each with their own distinct skillsets and battlefield idiosyncrasies to master.

Here are the key features of Prime World:

•Prime World is a highly evolved free to play online action strategy game for PC from the developers of Heroes of Might & Magic V which centres on PvP combat and base management;

•The collectible talents and persistent world system leads to an accessible experience with more than enough depth to satisfy the most demanding players;

•The title incorporates innovative social features at its heart, making it easier than ever to play with friends, and rewarding players for effective social teamwork in battle;

•In addition to the main PC game, a series of connected applications for tablets and mobile phones will extend the Prime World universe, with more details to be announced soon. 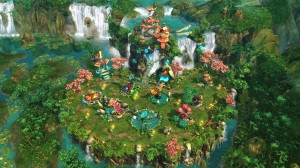 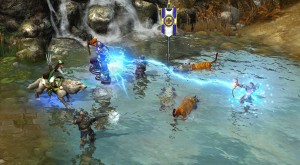 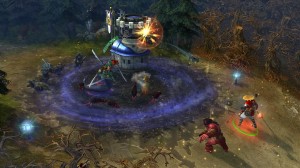