Remember Boundary? The tactical sci-fi multiplayer shooter that was originally meant to come out exclusively on the PS4? Well, not only will this game release on the PC, but it will also feature PC-exclusive features like real-time Ray Tracing.

NVIDIA and Surgical Scalpels announced the new Ray Tracing for Boundary at GTC 2019. Unfortunately, though, the teams did not reveal any additional details. As such, we don’t know what Ray Tracing effects this space FPS game will be using.

Still, NVIDIA released the first in-game Ray Tracing screenshot from the PC version of Boundary that you can find below. Let’s at least hope that the game will support these RTX effects at launch.

Boundary will release on the PC in 2020. 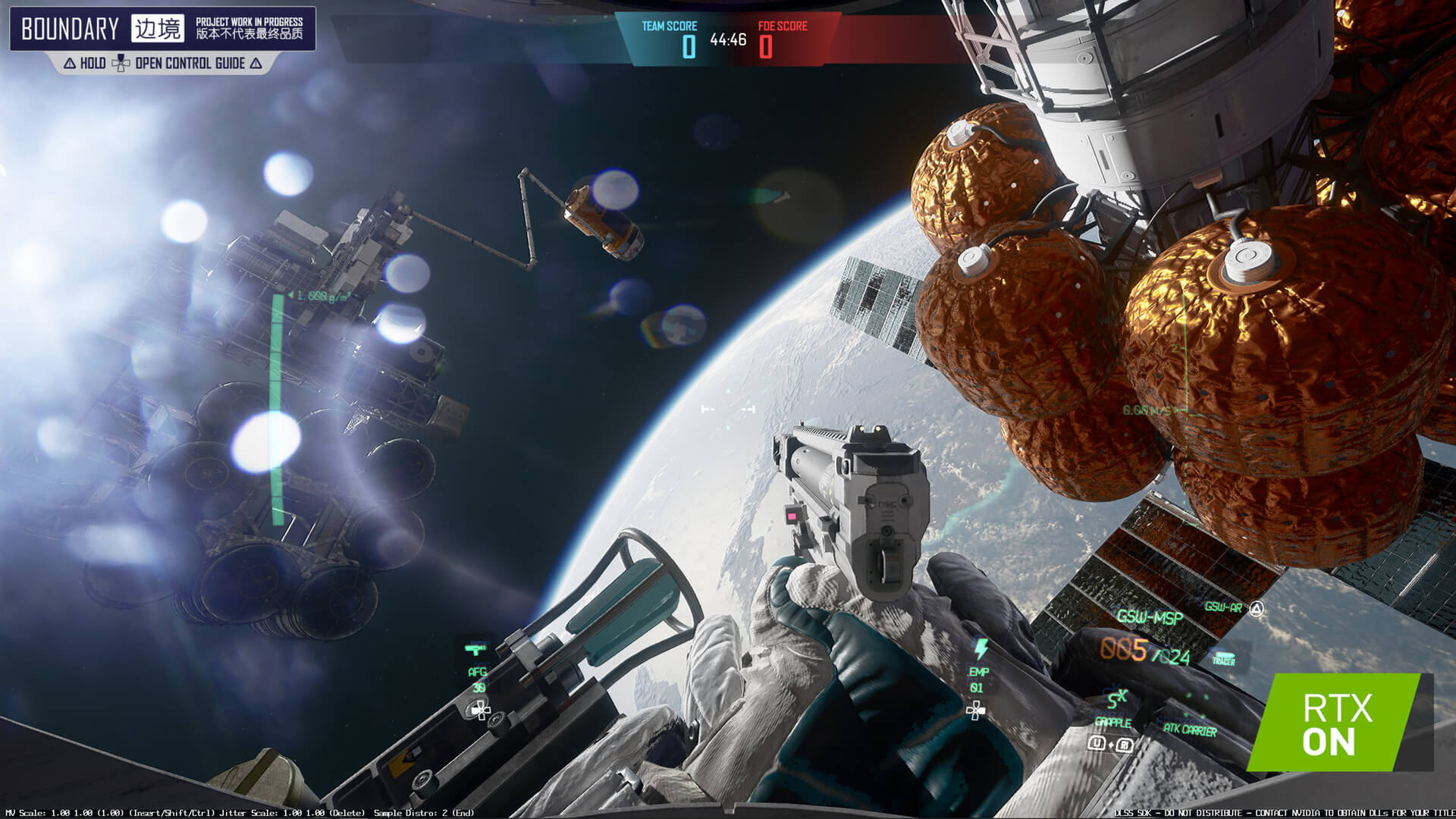