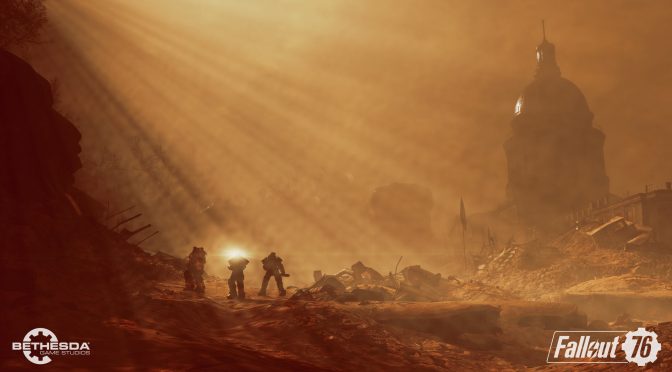 Bethesda has released the first post-launch update for Fallout 76. According to the release notes, this first patch addresses several performance issues and resolves hitches during gameplay. Moreover, the game client and servers have received additional stability improvements so theoretically the game should be more stable now.

Furthermore, this patch improves the game camera which now pans more smoothly when the player enters furniture, fixes an issue in which some enemies could chase the player farther than intended, fixes the Bureau of Tourism quest (the Prickett’s Fort Token Dispenser can now be repaired, and players can no longer walk through it) and more.

Also note that this patch is pretty big (around 15GB on the PC). The Bethesda launcher will auto-download this patch the next time you launch its client and you can find its complete changelog below.

Performance: Several issues have been addressed to resolved hitches during gameplay and other performance issues.
Stability: The Fallout 76 game client and servers have received additional stability improvements.

Ambient Occlusion: Placed item no longer leave behind shadow outlines after being picked up.
Camera: The game camera now pans more smoothly when the player enters furniture.
Graphics: The cover of Tesla Science magazine issue 9 no longer appears solid red on pickup, or when inspected.

General: Fixed an issue in which some enemies could chase the player farther than intended
Loot: Ghoul and Scorched Officers now correctly drop nuke code pieces upon being killed by a player.

Blueprints: Fixed an issue that could cause Blueprints to break into smaller parts after logging out and back in Fallout 76.
Plans: Paints applied to Power Armor during the Fallout 76 B.E.T.A. will now appear correctly on the items that were painted, and those paints can now correctly be applied to additional sets of Power Armor.
Repair: Fixed an issue that could cause an item to return to a broken state after being repaired.

Bureau of Tourism: The Prickett’s Fort Token Dispenser can now be repaired, and players can no longer walk through it.