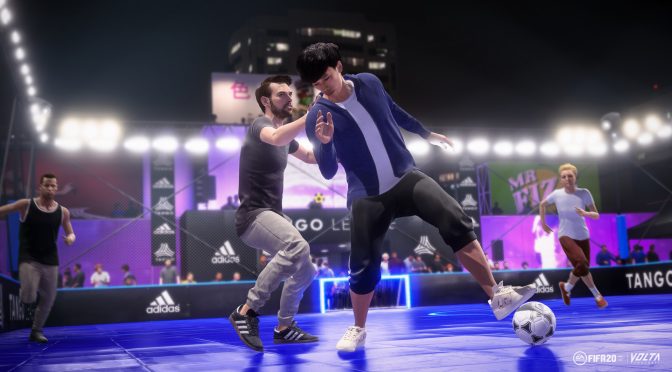 While FIFA 20 feels like a re-skin of FIFA 19 (with the addition of the VOLTA mode), EA Sports has reported that the game has now over 10 million players around the world. This basically means that it took EA around two-three weeks to hit this milestone.

To celebrate it, players who get into the game by October 17 will receive 8,000 VOLTA COINS to customize their avatar and express their style with newly available items in the latest VOLTA Drop. In addition, players can also participate in a new VOLTA FOOTBALL Squad Building Challenge puzzle to earn in-game rewards.

FIFA 20 players have also surpassed 450 million matches played, with 1.2 billion goals scored across all modes in the game. Furthermore, FIFA Ultimate Team sees more players than ever competing in the first three weeks since launch, with over 272 million FUT games played to date. In addition, more than 138 million games have been played in Division Rivals, with players racking up wins in the FUT Champions Weekend League to become FUT Champions Verified and cement their spot on the EA SPORTS FIFA 20 Global Series Rankings on The Road to The FIFA eWorld Cup.

Lastly, VOLTA FOOTBALL has claimed its spot as the second most popular mode in FIFA 20. Players have created over 5 million avatars to date, and played virtual matches played across its courts.