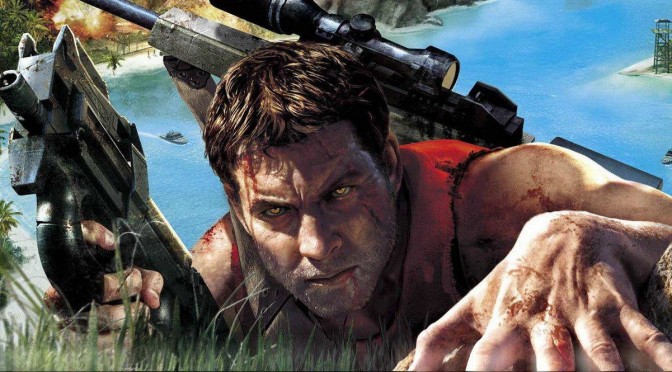 As you may have noticed, we don’t usually share stories about ultra-wide monitors, however, this time we are making an exception as we are talking about the classic and beloved Far Cry; a game powered by CryEngine that put Crytek on the map.

Created by FarOutCry, FarOut Widescreen adds extreme and authentic widescreen support to the first Far Cry game. What this ultimately means is that the mod supports from 4:3 up to 48:9 aspect ratios, with weapon textures being scaled correctly rather than stretched like vanilla FarCry.

The mod also comes with advanced features such as floating the HUD to your main screen, or positioning it manually. Furthermore, FarOut Widescreen comes with an optional fix for the AI wallhack issue in FarCry 1.4, optional letterboxing support for play at extreme ratios, optional (and unaffiliated) SilentPatch as well as a binocular bug fix.

Now I don’t know if there are still people playing this game (which came out in 2004), however I’m pretty sure that a lot of Far Cry fans who want to replay it will appreciate this mod. Those interested can download the final version of FarOut Widescreen from here.

Oh, and since we’re talking about mods, how about someone giving the Reshade ray tracing/path tracing mod a go with this relatively old game? I’m pretty sure that the visual improvements will be great so make it happen guys (also Doom 3 guys. We have to see real-time ray tracing in Doom 3).