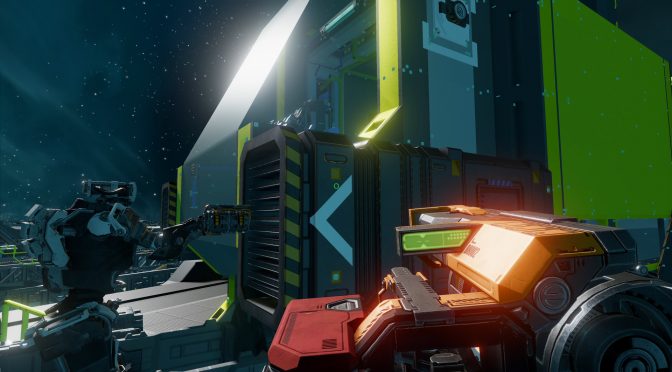 Frozenbyte, the team behind the Trine series, has announced a new game called Starbase. Starbase will be coming to Steam Early Access later this year and Frozenbyte has released a gameplay trailer that you can find below.

According to its description, Starbase is a hybrid voxel/vertex-based space MMO with a fully destructible and infinitely expanding universe, with a focus on building and designing spaceships and stations, exploration, resource gathering, crafting, trading, and combat.

Set in a universe of vast scale and detail, the fully-destructible environment and hybrid voxel/vertex-based game mechanics enable simulations in the game at immense depth; minor collisions may break a few outer plates from your spaceship, while fast-speed crashes can rip the ship apart.

“Thruster propellant pipe leaks may cause spaceships to stall, but the corrosive, leaking propellant might also melt the superstructure of the ship and cause a catastrophic failure. Damaged ship controls in a spaceship do not necessarily mean the journey is over, as manual values for the flight can be applied directly to the generator and thrusters from the engine room.”

The scale and depth of the simulation in all aspects of the game promises to give players the ultimate freedom to exploit their innovativeness and creativity. From constructing single spaceships with durable outer plating to creating massive automated factories and designing electricity and data networks, players are free to do it their own way.

Do note that Starbase will remain in Early Access for at least 1-2 years and Frozenbyte plans to update the game with one major feature every month, with smaller updates on a weekly basis.