Mark Rein, Vice President and Co-Founder of Epic Games, claimed a while ago that he saw the most amazing thing from Nvidia earlier this week. Although we are not certain about what Rein is teasing, we do know that this surprise is nothing related to GPUs. 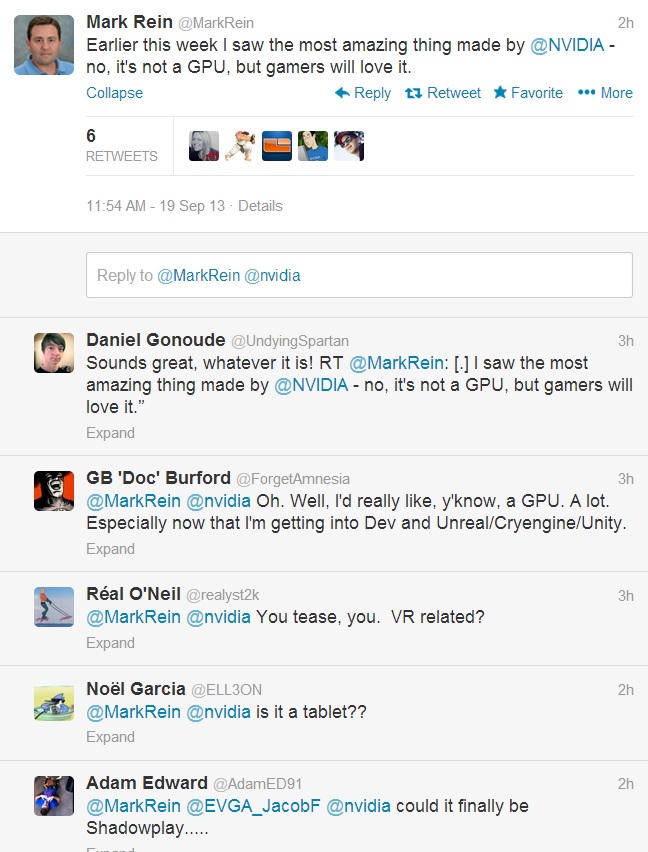 Now the big question is what exactly is Mark Rein teasing about? We do know that Nvidia is working on some PhysX stuff (like the fur techniques that will be used in The Witcher 3 and the ocean simulation tech that was demoed a while ago). Is the green team gearing up for a new graphical feature, or does this tease has something to do with the company’s Android gaming handheld, Shield?

But then again, Rein claimed that gamers will love this new ‘feature’, so we’re most likely looking at a new graphical feature. So, PhysX related or not? What’s your guess?

We’ll be sure to keep you posted the moment we find out more about it!