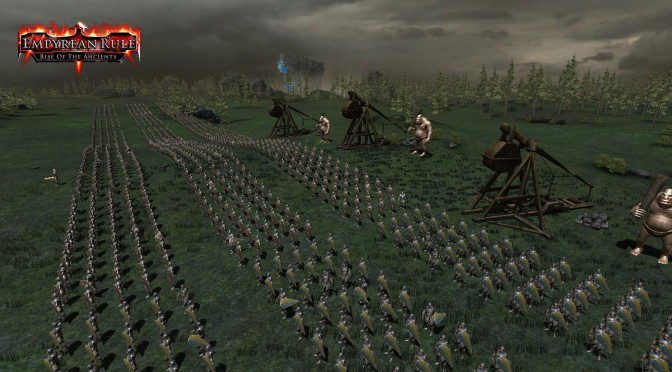 The game is inspired by the Lord of the Rings movies, as well as games like Dark Omen, Mark of Chaos, Total War Series, Civilization and Eve Online.

In Empyrean Rule: Rise of the Ancients players assume the role of a General, command massive armies and free roam in a world where individuals and empires scheme for power and dominance.

“It is a world which never sleeps, as everything is happening in real time, and where decisions and actions of players have a direct effect.”

Strategy should definitely visit its Kickstarter page for more information.

Enjoy and kudos to our friends over at Alt-Tab for informing us!