Electronic Arts today announced preliminary financial results for its first fiscal quarter ended June 30, 2017. According to the report, Battlefield 1 had more than 21 million players joining the game as of quarter end, and the monthly active players for The Sims 4 on PC increased more than 20% year-over-year.

“Q1 was an outstanding quarter, with thriving player communities in our top franchises like Battlefield, our EA SPORTS portfolio, Star Wars, and The Sims continuing to grow our network and drive our digital business. We have built strong momentum, and now we are accelerating into a year of tremendous innovation, where extraordinary new games, content-rich live services, and expanding global competitions will deliver more fun for our players and fuel growth for Electronic Arts.”

“We had a great start to the fiscal year, primarily due to our event-driven live services. Our operating cash flow was the highest ever for a first quarter, and underlines how live services have fundamentally transformed our business model. Driven by innovation and live services, we expect to continue to grow our profitability and cash generation.”

Still, these numbers are lower than those of Xbox One and PS4 combined. These two platforms generated $974 million, so it’s safe to say that both of them have – individually – surpassed the PC. 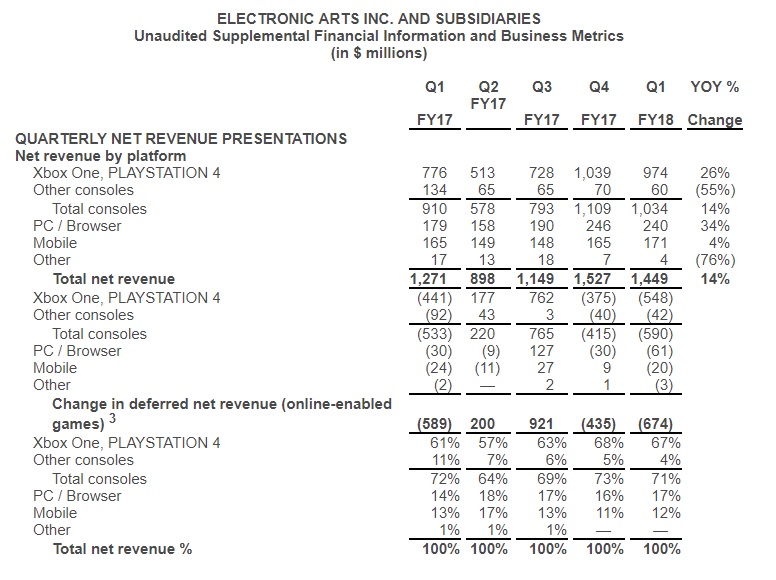