Electronic Arts and Sony Pictures Entertainment announced today a unique, philanthropic-directed, cross-promotional partnership in North America that will result in a $1 million minimum donation to charities benefiting the nation’s veterans. In anticipation of the release of the Columbia Pictures and Annapurna Pictures’ Zero Dark Thirty, directed by Academy Award winner Kathryn Bigelow and written by Mark Boal, and the EA game Medal of Honor Warfighter, players can help give back to the nation’s real warfighters with the Medal of Honor Warfighter Zero Dark Thirty Map Pack.

EA will donate a portion of map pack sales as part of its commitment to give back at least $1 million through its Project HONOR campaign, a program created to drive charitable contributions to nonprofit veterans organizations. The pack will be available for sale in North America the week of December 17, in conjunction with the theatrical debut of Zero Dark Thirty, for £7.99.

“Working with Project HONOR is a meaningful way for us to continue our support for combat veterans throughout the armed services. We are thrilled to be a part of this effort, and we’re humbled that EA is stepping up to the plate with such a significant contribution.”

The Medal of Honor Warfighter Zero Dark Thirty Map Pack includes two new multiplayer maps inspired by real world locations. Set in one of the most dangerous hotspots in the world, the first map is Darra Gun Market, Pakistan’s flourishing arms bazaar. Darra, the largest illegal arms market in the world, is a tribal land based on two principles – hospitality and revenge. No police are allowed to enter the area and the laws are made by the tribal leader. The second location is Chitral, which sits in the far north of Pakistan, bounded by Afghanistan to the west and China to the north. It is a remote, rugged area governed by tribes that will not allow even the Pakistani army to operate there.

“Medal of Honor Warfighter is inspired by real world events, real operations, and real warriors. We’ve teamed up with Sony Pictures Entertainment to give back to the Special Operations community in honor of the sacrifices they and their families have made for their country and to connect people to the story of the greatest manhunt our world has seen.” 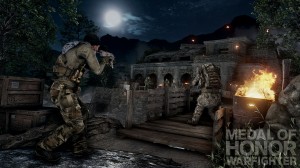 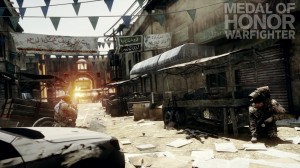