Techland announced today that within 45 days since launch, the count of Dying Light players reached 3,200,000 people. With that timeframe applied, it makes Dying Light the most popular title in the company’s history. In order to celebrate it, the team has also released an infographic that can be viewed below.

“To celebrate the milestone, we pulled a few numbers and compared them to some real world examples to get an idea of what our fans achieved. They’ve really been a busy bunch.”

Following the success of Dying Light, Techland continues its post-launch support for the game .

Last week the first free content update for Dying Light went live bringing the much-anticipated Hard Mode, new weapons, additional outfits and more to the quarantine zone. On top of that, the company reiterated its plans to actively support the game with new maps, modes, skills, quests, and other original content. 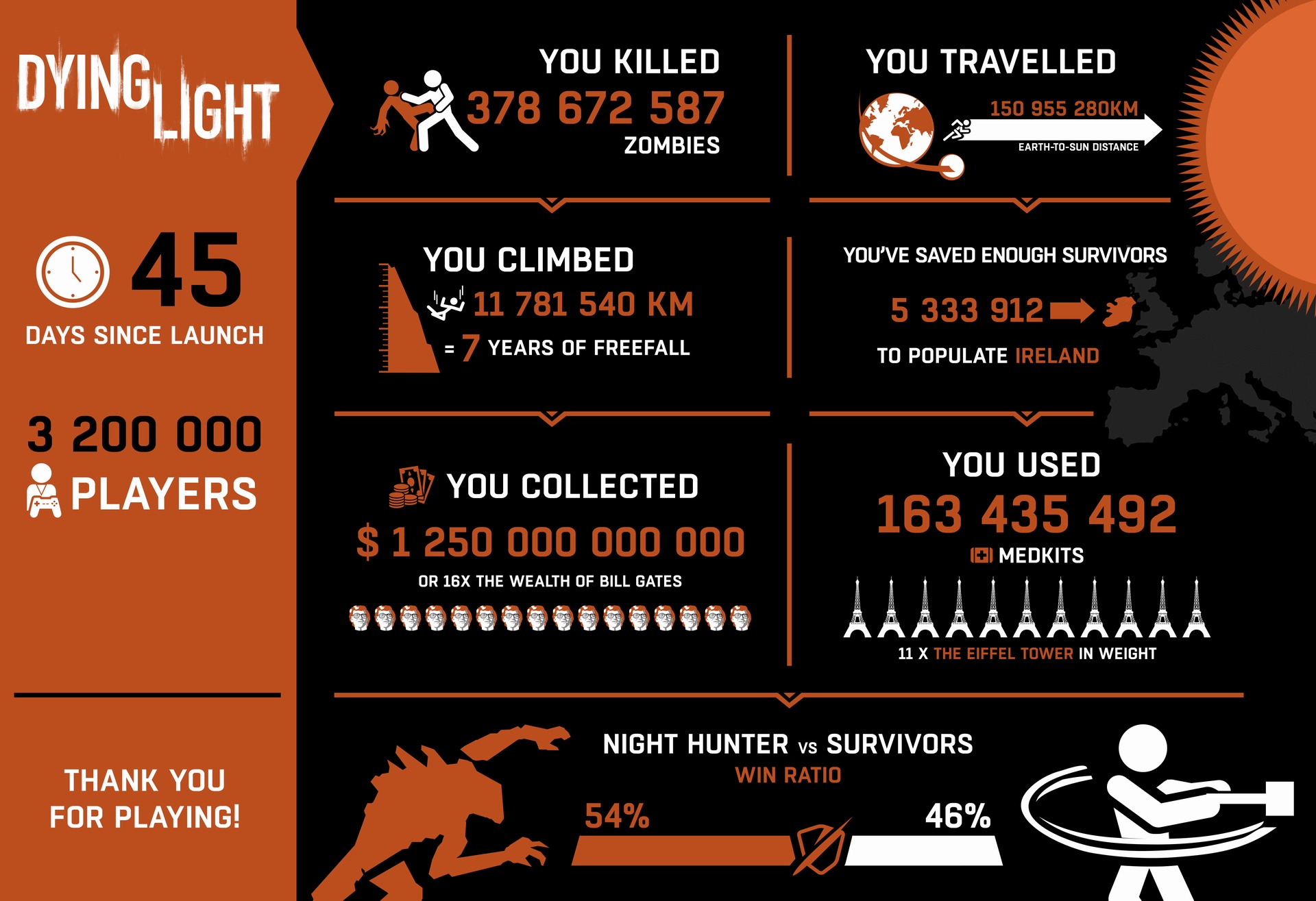