Hitbox Team is proud to announce the release of new screenshots and a teaser video for their upcoming game, Dustforce, set to be released in late 2011 for PC (Windows) and Mac.

In Dustforce, players stylishly flow through precarious environments, sweeping up dust, leaves, trash and slime. The cleaners face off against the fourSprites who are determined to make a mess of the whole world!

“Expressive movement, acrobatic combat, and simple controls are the cornerstones of this platformer. We want people to master the movement and be creative with it.”

Dustforce was originally introduced in late 2010 as a game prototype, which wonthe $100,000 Independent Developer Competitionfrom indiePub.  Since then, Hitbox Team has beenbusy building Dustforce into afully featured title for a late 2011 release.

Dustforce will be available in late 2011 for PC (Windows) and Mac. 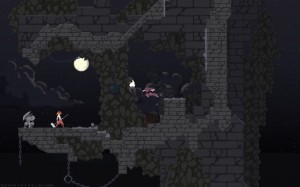 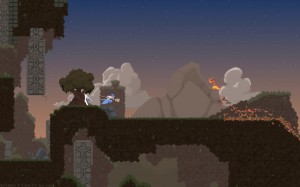