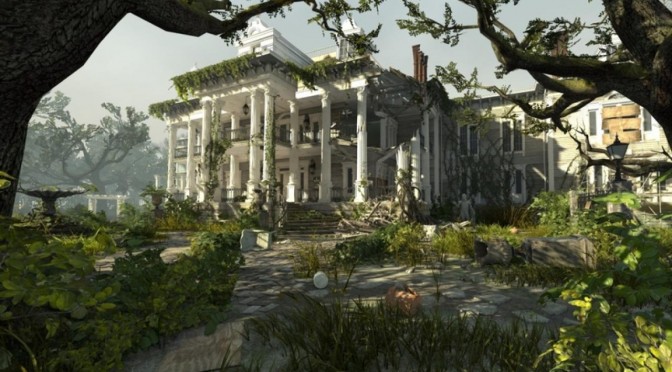 Valve has just released the alpha version of its mod tools for DOTA 2 and according to various reports, this new map editor for DOTA 2 runs on Source Engine 2. In other words, Left 4 Dead 3 and Half Life 3 confirmed… NOT.

While this alpha version of DOTA 2’s Workshop Tools is out in the wild and can be downloaded from Steam, we should note that it comes with some pretty high PC requirements. As Valve noted, this alpha version requires a 64-bit version of Windows and a Direct3D 11 compatible GPU for playing custom games.

“In upcoming future releases we will extend support to more systems (including 32-bit and Direct3D 9) and make it easier for players to download, find matches for, and play user created game modes.”

Reddit’s member ‘RoyAwesome‘ has collected a lot of information regarding the Souce 2 references that can be found in DOTA 2’s Workshop Tools.

-Everything in this package is a new game. It’s all the Dota assets and code ported over to Source 2. That’s why Hammer is different. That’s why the console is different.
-Guys. Valve just soft launched the entire Source 2 engine.
-EDIT: Because people are asking for proof.
-Everything that would share a name with Source is named ‘…2’. That’s ‘engine2.dll’, ‘vconsole2.exe’, ‘vphysics2.dll’.
-When you go to open a map in Hammer, it asks for .vmap files. One of the other options is ‘.vmf (Source 1.0)’ files. Screenshot (thanks /u/darkmio)
-The fucking console is redone.
-There is a new Key-Value like format (that i’m gonna call KV2). It is type safe. It looks like this: http://pastebin.com/RVQtkv1j.
-EDIT: Looks like my name isn’t going to stick. The engine calls them ‘Schema Files’, written by CSchemaTextWriter. (Voided found this)
-EDIT2 (Probably the strongest evidence): That script also allows for different dlls to load and render different assets (vmaps are rendered by worldrenderer.dll, etc). This is quite a bit different from Source 1, as they had a large number of things in the engine libraries. This bit alone would indicate a significant amount of engine work has been done to split these bits out of the engine and into their own libraries.
-EDIT4: from /u/nellody: https://developer.valvesoftware.com/w/images/3/35/Tileset_new_outliner.png notice the ‘source2’ in the path.
-EDIT: the general consensus around the source reverse engineering community is that this is really source 2.

But what could this mean for rumored Source 2-powered games like Left4Dead 3 and Half Life 3? Nothing to be honest. While some L4D3 references can be found in the vscript code, there is nothing to be excited about.

For now, enjoy the new Map Editor in action and stay tuned for more!