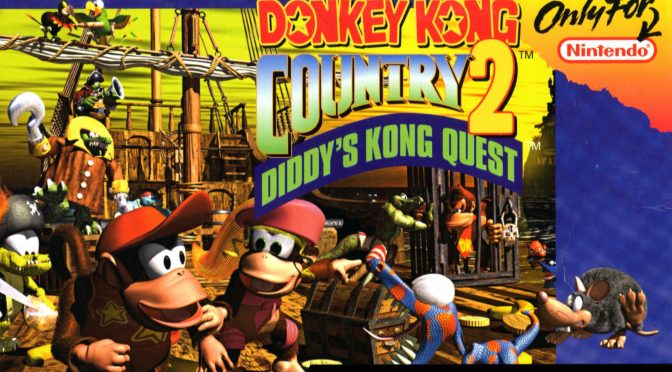 Donkey Kong Country 1 and 2 are among the best SNES platformers ever released (at least in our own opinion). And believe it or not, we’d really love to see some HD remakes of these classic SNES games. However, this isn’t going to happen anytime soon as Nintendo is simply not interested in such a thing. Which sucks because this Donkey Kong Country 2 HD fan remake looks stunning, giving us also a glimpse of what such a remake could look like.

BlobVanDam has recreated the Bramble Blast level from Donkey Kong Country 2 in Unity Engine. BlobVanDam used HD 3D models for all characters and objects that are as close to the 2D sprites of the SNES version as they can possibly be. Not only that, but this feels like a real game.

There are proper collisions, enemies can kill the player, animations are incredible and smooth, and everything is oh high quality. Seriously, this is one of the best fan remakes we’ve seen. Below we’ve included two videos; one showing the Bramble Blast level in the original SNES version and another showing this level in Unity Engine.

Unfortunately, though, BlobVanDam does not plan to release this Donkey Kong Country 2 HD Remake to the public. Still, this is a dream come true for all Donkey Kong Country fans. After all, they can finally get an idea of what a faithful remake of this classic platformer would look like on modern-day systems.

Kudos to our reader ‘XtMcRe’ for informing us!