Eidos Montreal’s Community Manager, Poticha, revealed on Reddit that the DX12 patch for Deus Ex: Mankind Divided will be released tomorrow. Poticha did not reveal any additional details about this patch. 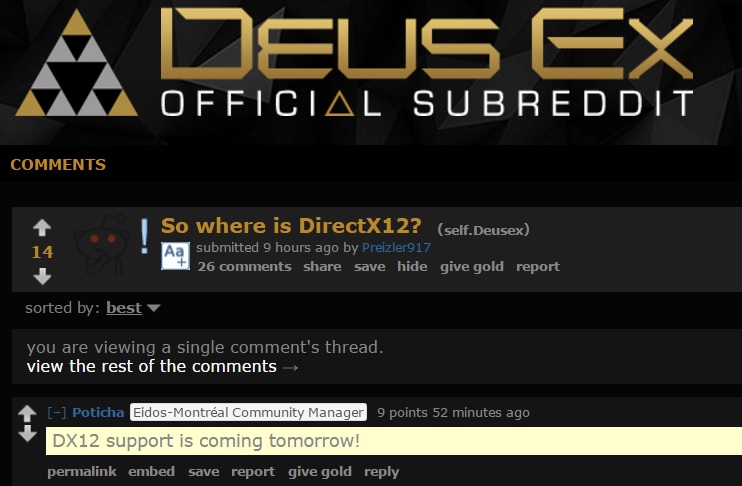 Deus Ex: Mankind Divided was meant to support DX12 from the get-go, however NIXXES and EIDOS Montreal need a little more time in order to “deliver a compelling experience.”

It will be interesting to see whether there will be any performance improvements on NVIDIA’s GPUs via the DX12 API.