Bethesda has announced that Arkane’s first-person action-adventure shooter, Deathloop, has been delayed until September 14th.

Arkane will use this extra time in order to further polish the game. The team also aims to create a fan, stylish, and mind-blending play experience. Or at least that’s what it claims. 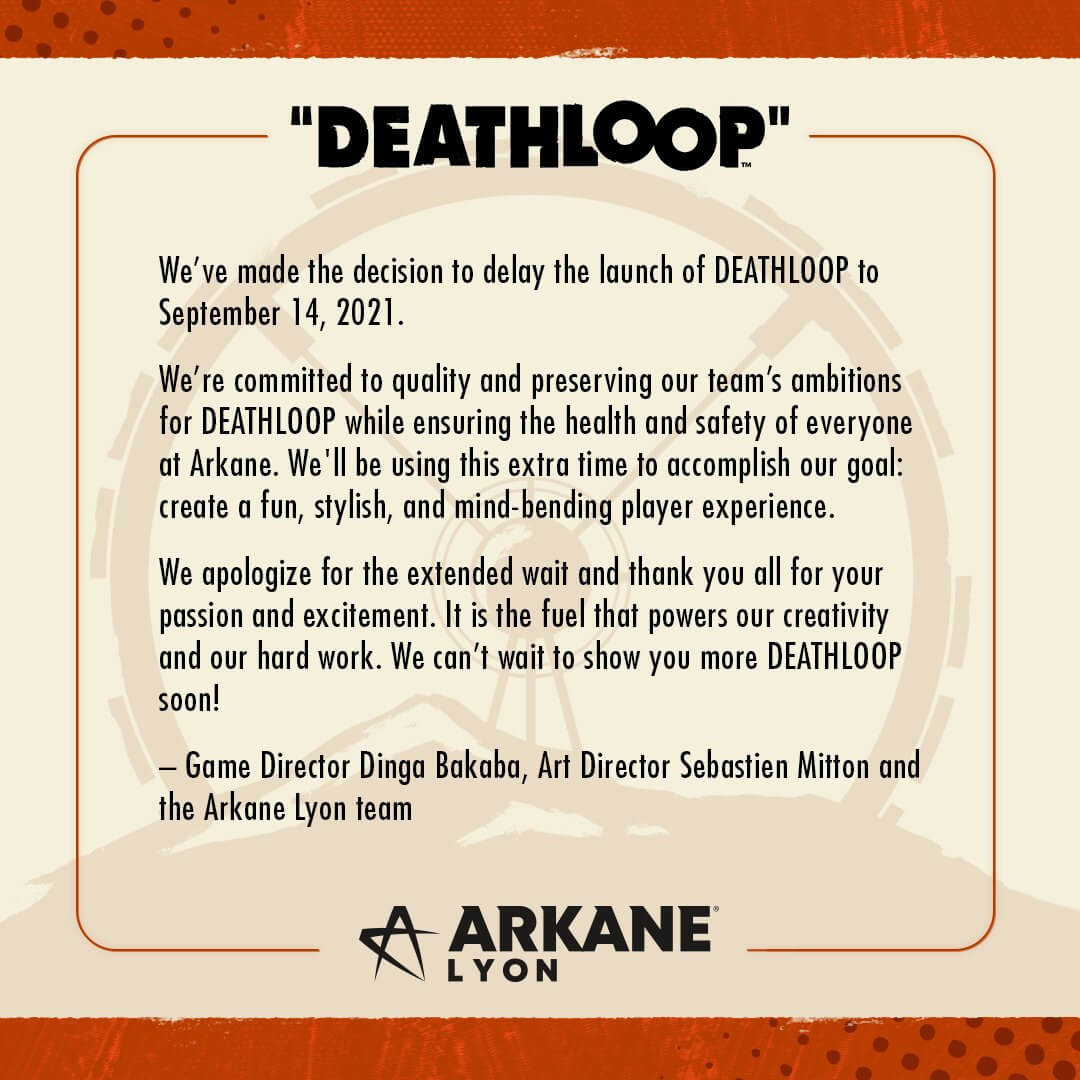 DEATHLOOP is a new FPS in which two rival assassins are trapped in a mysterious timeloop on the island of Blackreef, doomed to repeat the same day for eternity.