The first official details about the PC version of Dead or Alive 5 Last Round have just surfaced and according to them, the PC version will lack “Soft Engine” and will sport PS3-level quality effects. Not only that, but the official PC requirements have been revealed and the game requires at least an Intel i7 870 or better CPU. 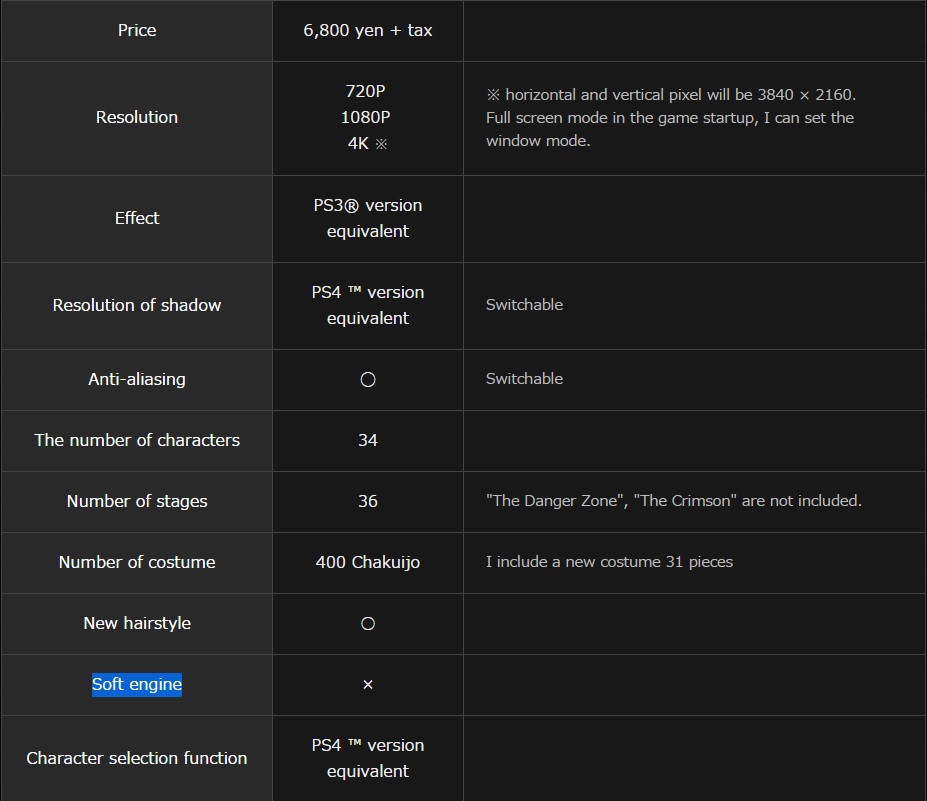 As we can see, while the PC version will support resolutions up to 4K, it will basically be a weird mix between the current-gen and the old-gen versions of the game. So while we’re going to enjoy the PS4-level shadow quality, we’ll have to stick with both the old ‘physics’ engine and the PS3-level quality effects. Oh, and online mode will be coming via a patch after 3 months of the game’s PC release.

So, well done Tecmo Koei. You just killed the PC version of Dead or Alive 5: Last Round. And for what is worth, here is a hint: you won’t win PC gamers’ trust by releasing an old-gen version of your fighting game. Just saying.