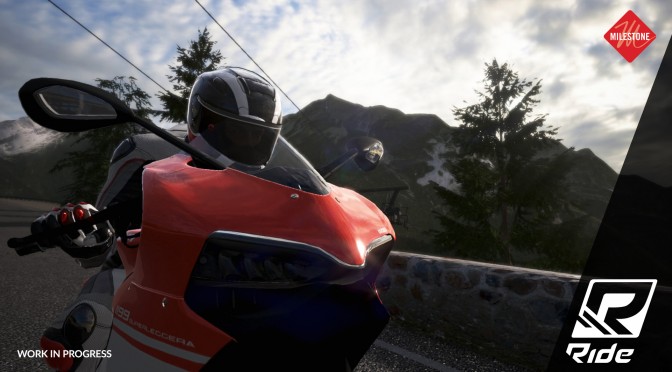 Milestone has announced that the demo for RIDE, its first exclusive IP, will be made available later today. RIDE’s demo will feature Quick Race game mode with one country track (Sierra Nevada), one Naked Heavyweight bike, one Superbike and one Supersport bike.

In order to celebrate this announcement, Milestone has also released a trailer dedicated to the game’s demo that can be viewed below.

RIDE’s demo will be available on the PC via Steam.