Sony Online Entertainment announced that The Last Laugh, the fourth downloadable content (DLC) pack for DCUO, will be available in June for download on the PC and PlayStation 3. The Last Laugh will pit players against each other in high-intensity multiplayer brawls, feature an all-new weapon, and introduce new Light-Powered Legends PvP characters.

“We created this DLC purely for the players that like to take the fight to each other in DCUO’s amazing PvP combat. Our community has continuously asked for more multiplayer action in DCUO, and we wanted to deliver content that fully meets their expectations and pushes PvP to another level. The Last Laugh is the first DLC that we’ve created that focuses almost entirely on player versus player battles, and it adds an exciting new element as some of DC’s greatest heroes and villains join to fight alongside you. Players will have even more opportunities to prove to the world whether heroes or villains will be triumphant.”

The Last Laugh will include an all-new weapon, hours of multiplayer gameplay in the Safe Houses and Headquarters, and new Legends PvP characters:

•The Shield – Players can unleash this vicious new weapon to bash their opponents, or hurl it to take them down from a distance.
•Safe House Battles – No one is safe now that heroes and villains can invade each other’s Safe Houses in these four on four battles.?Graviton Technology Recovery – Players will be tasked with unscrambling teleporter codes that The Joker has mixed into fragments. Located at the Watchtower or Hall of Doom, players must retrieve eight code fragments to successfully rebuild useable teleporter codes.
?The Rescue – Heroes must rescue hostages, while Villains will be freeing arrested criminals from opposing Safe Houses.
?Bomb Disposal – Thanks to The Joker, the encryption on the Email terminals has changed and can only be bypassed by the robot he provided. Players must gain control of the robot and either upload the data to their HQ or add new encryption to keep their enemies and The Joker away from it.

•Headquarter Battles – In this two-part crusade, 16 players – eight heroes and eight villains – will face off for the ultimate player reward. At the request of Superman, heroes must take over the Hall of Doom, while villains, egged on by The Joker, will breach the Watchtower in order to create chaos.
•Legends Characters – Combat illuminates with the introduction of the first light-powered Legends for multiplayer combat. Players will soon have access to Kilowog, a Green Lantern, and Amon Sur, a member of the Sinestro Corps.

DCUO’s The Last Laugh DLC pack will be accessible for free for the game’s Legendary members and available for purchase for Free and Premium players via the PlayStation Network in-game Marketplace, and on the PC via the official website. 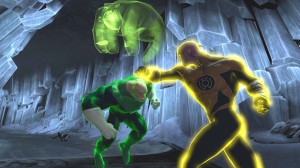 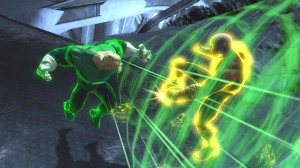 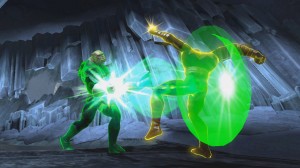 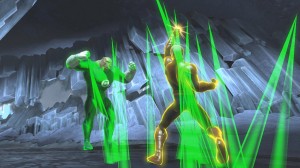 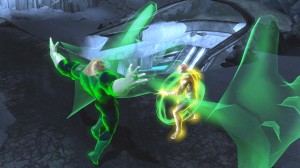 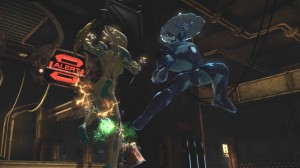 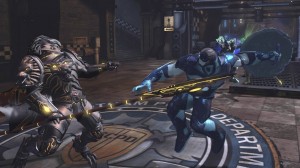 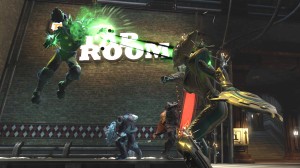 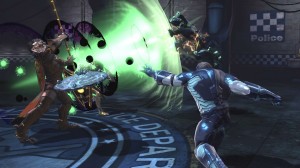 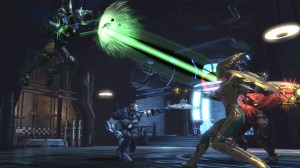 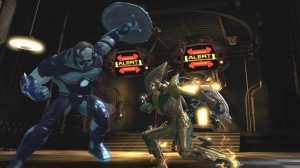 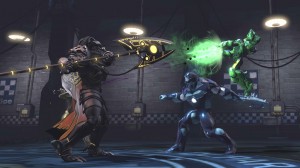 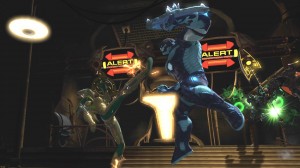 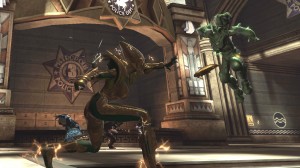 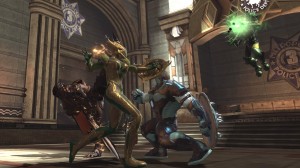 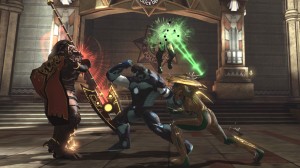