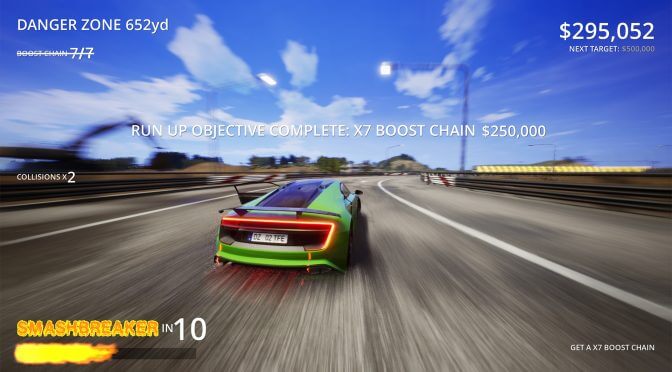 Three Fields Entertainment has released Danger Zone 2 on Steam. Danger Zone 2 is  a high speed driving game featuring speed, traffic and crashes that lets players loose onto the Freeways of the USA, the Motorways of the UK and the Autovias of Spain.

The game allows players to drive at high speed on real life roads crowded with everyday traffic and shunt, slam, flip, roll and jacknife as many vehicles as possible. Players will be able to create chaos across 26 of the world’s most notorious accident blackspots set in 17 unique locations around the world.

Danger Zone 2 features 8 vehicles including Sedentary Sedan, Chaotic Coupe, Really Crazy Taxi, Euro Truck and Formula One car, and comes with Objective Based Gameplay (as players will have to complete Objectives to earn Bonus Cash in each level).

Three Fields Entertainment has also revealed the game’s official PC requirements that you can find below.