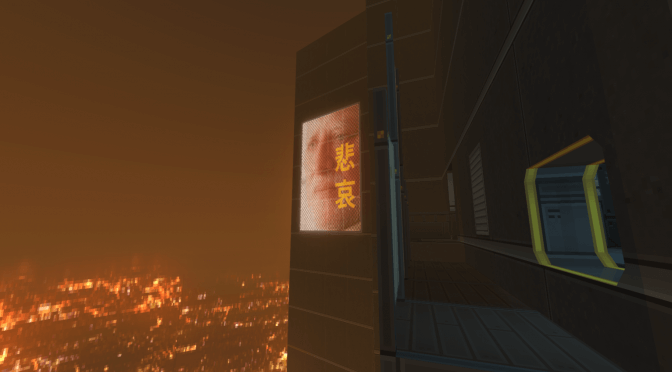 Modder ‘Arvell’ has released a new map for Doom 2/GZDoom, called Diabolus Ex. Diabolus Ex is a love letter to cyberpunk genre as a whole and the Deus Ex franchise in particular, featuring a new set of custom made textures.

As the modder noted, this is an exploration-heavy map that has multiple ways to progress through, and aims to recreate the look and vibe of an unethical near future corporation run by the forces of hell.

In order to run this map, players will need the DOOM2.wad and GZDoom. Then, they’ll have to download the map from here, extract DEX_1.zip into your GZDoom folder and launch the map via Diabolus_Ex_1.0.bat to play with the intended settings.