In short, we can safely assume that the game has already sold over 1 million copies on Steam. PC sales could be way higher, as we don’t know how much the game has sold on GoG and Epic Games Store. 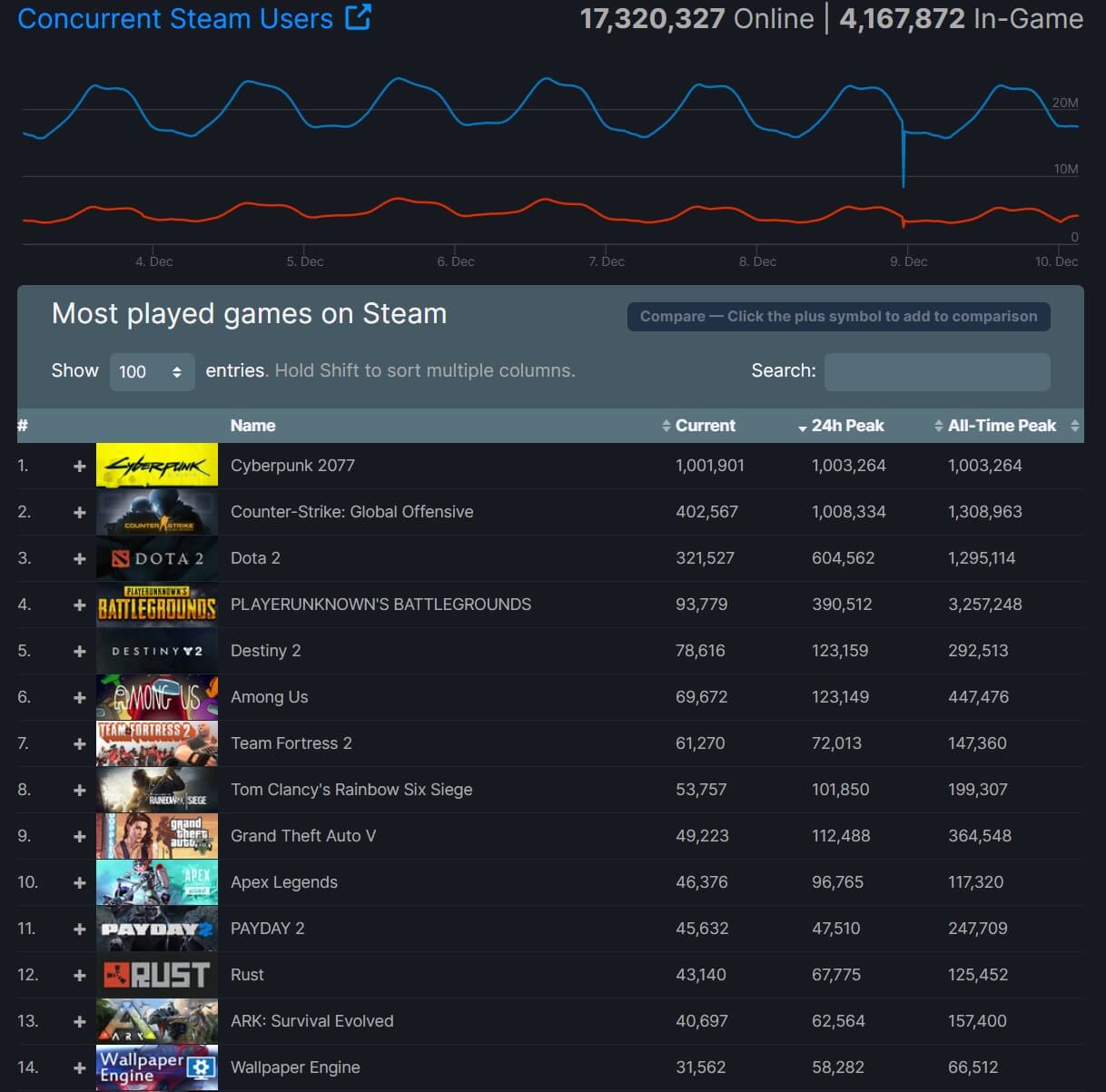 As we’ve already stated, there are already some unofficial modding tools for Cyberpunk 2077. So basically, expect a lot of mods for this game in the coming months.