Well, we all saw that coming, right? After all, Cyberpunk 2077 was releasing in April 2020 and we haven’t seen any new screenshots or trailers these past few weeks. And today, CD Projekt RED announced that the game has been delayed until September 17th, 2020.

According to the team, this will give it enough time to further polish it. The game is playable from start to finish right now and will be huge. As such, the team wants to release a polished product; a product that won’t – hopefully – have the launch issues of The Witcher 3. 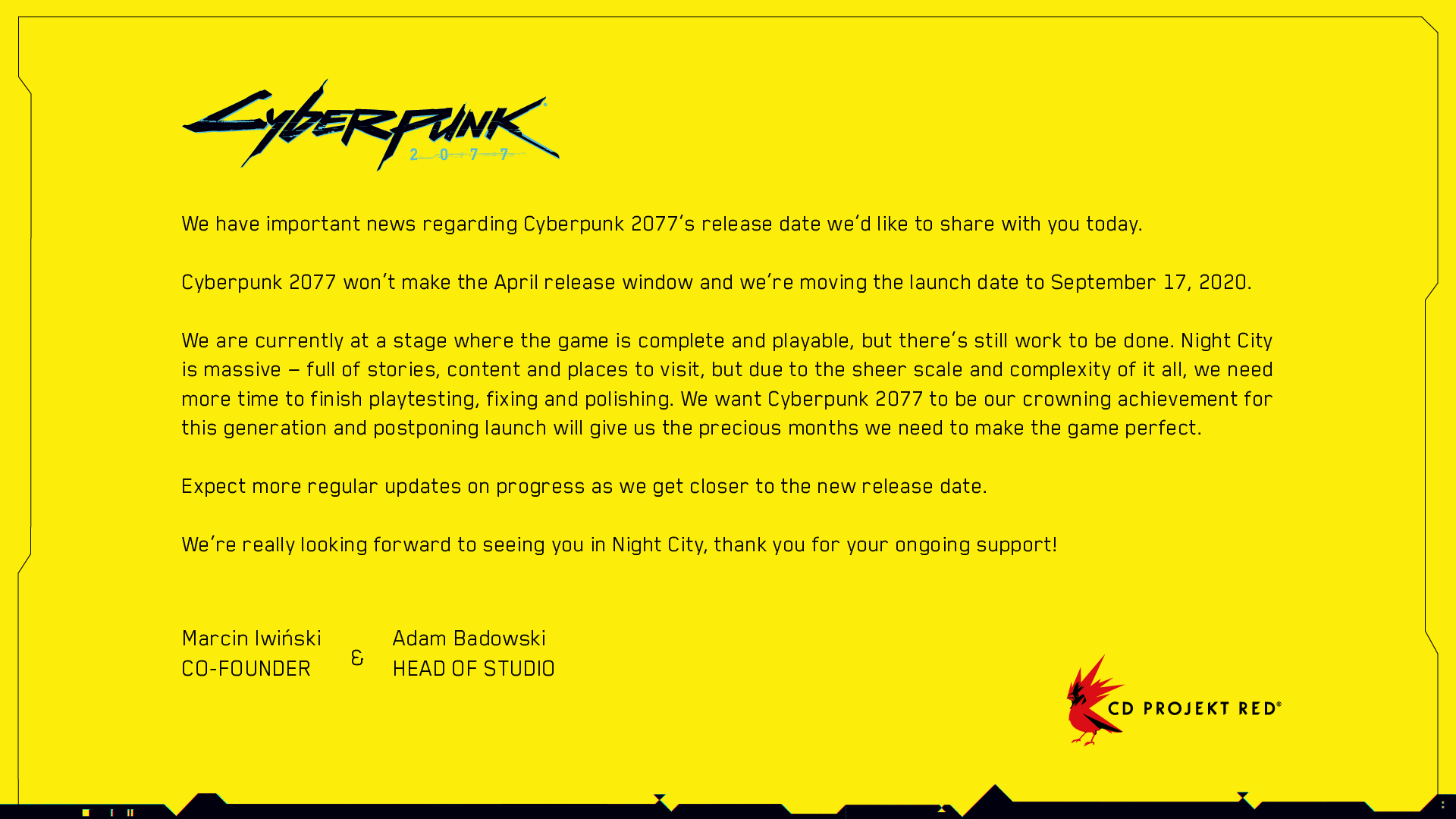 Cyberpunk 2077 is an RPG that will mainly feature first-person cut-scenes. While there will be some rare third-person cut-scenes, all of the conversations will be in first-person perspective. Moreover, CD Projekt RED recently confirmed that it will add a multiplayer mode via a post-launch update.

The game will also support real-time ray tracing effects. Since AMD will be releasing a GPU that will support ray tracing, we expect these effects to run on both AMD and NVIDIA hardware.