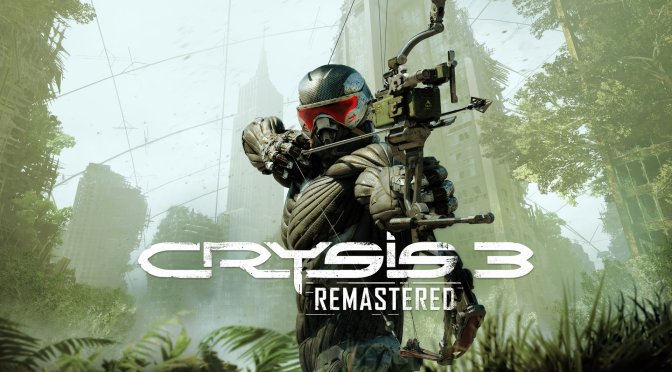 As we all know, the first Crysis game relied heavily on its modding community. Not only that, but PC gamers could capture high-resolution screenshots, similar to the Photomode that most games currently feature. However, it appears that Crytek has just shot itself in its foot. In a really surprising, and really stupid, move, the team issued a C&D letter to the creator of an unofficial Photomode for Crysis 2/3 Remastered.

Crytek apparently doesn't want thousands of people posting screenshots of their game on social media and other sites. FTR I don't distribute any game asset; my camera tools only contain binaries compiled from my own code and not linked to any game asset. pic.twitter.com/b2Pakbe9ze

Created by Frans Bouma, this unofficial Photomode simply allowed you to take beautiful screenshots from C2R and C3R. This mod did not feature any game assets, yet Crytek is currently trying to shut it down.

In my opinion, this is worse than what Take-Two did with GTA San Andreas and GTA Vice City. I mean, Take-Two never had a good record so we all pretty much expected that behaviour. In this case, though, we’re talking about a company that had embraced the PC and modding communities when it released its first title. Fast forward a few years and here we are, in 2022, with the very same company (that was so open to mods) prohibiting mods for its latest games.

We seriously hope that Crytek will reconsider this. Instead of fighting the modding scene, Crytek should be embracing it!