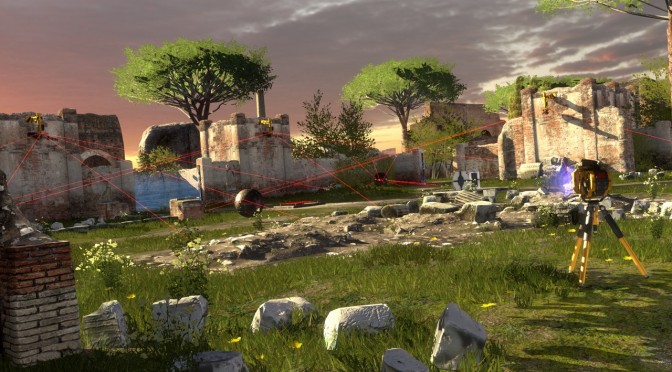 Croteam and Devolver Digital revealed today that the mystical metaphysical parable, The Talos Principle, is set for release on December 11th for PC, Mac and Linux.

In The Talos Principle, players assume the role of a sentient artificial intelligence placed within a simulation of humanity’s greatest ruins and linked together through an arcane cathedral.

Players are tasked with solving a series of increasingly complex puzzles woven into a metaphysical parable about intelligence and meaning in an inevitably doomed world.

Naturally, Serious Sam 4’s development got pushed back as the team concentrated on this puzzle game. On the other hand, The Talos Principle’s sales will definitely help the development of the fourth highly anticipated part of the Serious Sam franchise.