Crimson Desert was one of the most impressive games we saw in The Games Awards 2020 show. And while the game was targeting a Winter 2021 release date, Pearl Abyss has decided to delay it.

The game does not currently have any release date window. In its official statement, Pearl Abyss claims that it has decided to dedicate more time to add new ideas for a deeper and more enriching game. Thus, and in order to create the best possible experience, the game will miss its initial Winter 2021 release date. 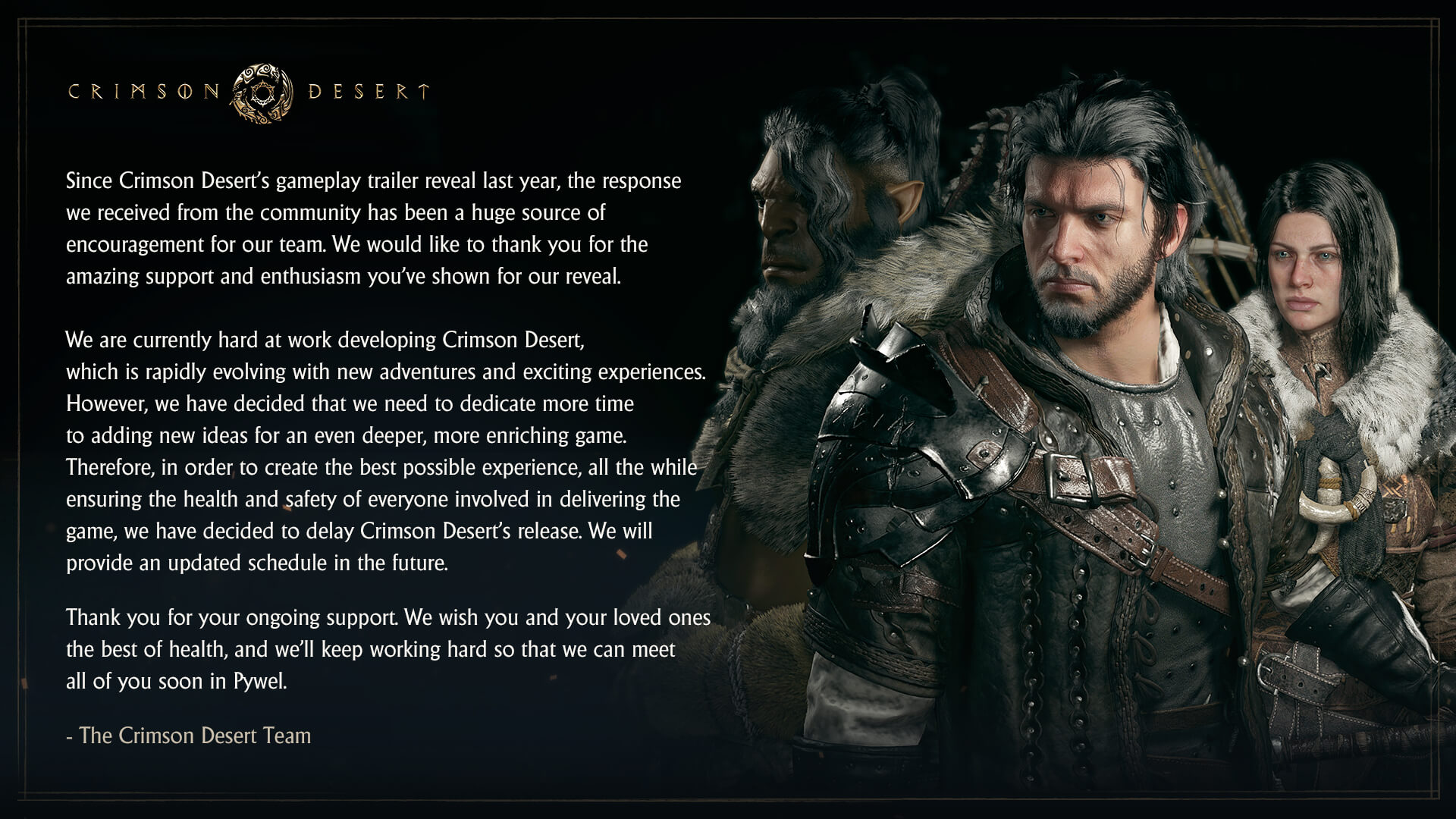 Crimson Desert is an upcoming open-world action-adventure game, featuring an epic-fantasy world. In a war for survival, three tribes will fight for control of the Pywell continent. Jason Jung, former game design director of RYL Online, is behind this project. Working alongside Jason Jung on RYL Online was Dae-il Kim, the founder of Pearl Abyss. Moreover, Eter Lee, former Lead Combat Designer of RYL Online and C9, is in charge of the action combat system for the title.

Pearl Abyss will provide an updated schedule in the future!