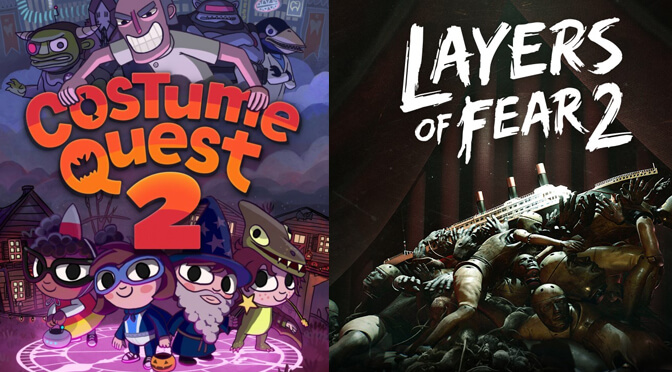 Costume Quest 2 is an action RPG and the sequel to 2010’s Costume Quest. Developed by Double Fine Productions and published by Midnight City. Choose between two siblings, Wren and Reynold. Travel through time in order to stop Dr. Orel White from destroying Halloween. Gather your party, collect your candy, and venture forth to save Halloween.

Layers of Fear 2 is a first-person horror title from Bloober Team. It’s the continuation of the first Layers of Fear, which was heavily inspired by the playable teaser of the cancelled Silent Hills. You play as a Hollywood actor having the lead role in a film directed by an enigmatic director. Lastly, Layers of Fear 2 features three different endings depending on the player’s choices.

You can acquire your free copies for these two games from here and here.