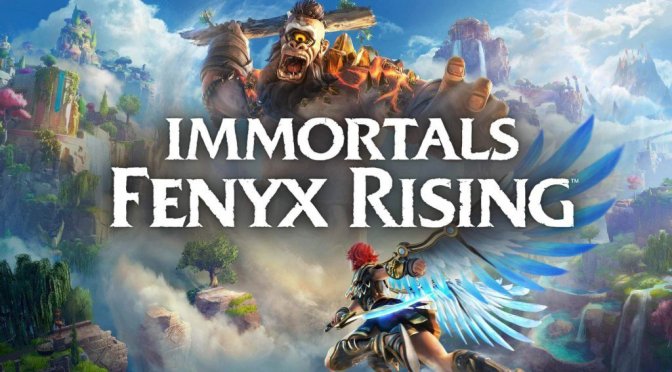 Immortals Fenyx Rising is the upcoming action-adventure title from Ubisoft. Developed by Ubisoft Quebec, and scheduled for release on December 3rd. A demo of the game is now available exclusively to Google Stadia, and it will be available until October 29th.

You can download and play the demo if you have a Stadia account. After completing it you can unlock the Stadium Armor Set reward. The set includes a distinctive helmet and armor. You can unlock the reward by logging in to Uplay.

The world of Immortals Fenyx Rising is loosely inspired by Greek mythology, featuring mythological beasts such as minotaurs and cyclopes. The open-world of the game is divided in seven regions inspired by the ancient Greek gods.

Players will be accompanied by Phosphor, a loyal companion bird who can identify locations of interest in the map. You can also traverse through the world by climbing, riding, or even flying. Minus the “flying” thing, it sounds very familiar somehow.

Below you can watch the first twenty minutes of gameplay from Immortals Fenyx Rising.