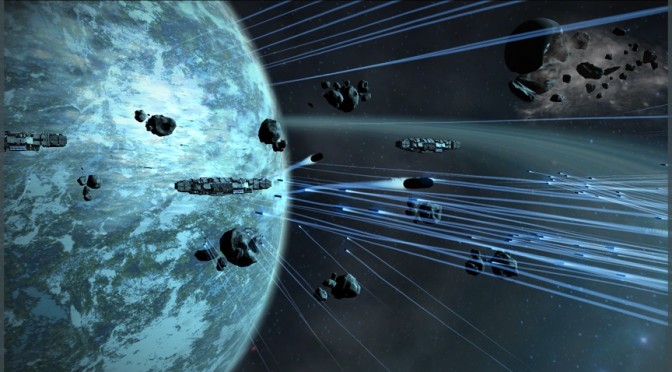 Stephen Moorhouse released today a public demo for its space real-time strategy, Contact Vector. The team has designed the demo to give us a taste of whats to come in Contact Vector as it continues to develop the game.

The demo is at the star system scale where you will be fighting battles, the grand campaign will take place on a galactic map of star systems where fleets and task groups will be formed and moved along with supply ships and scouts.

“Place, move pause time and giver orders of controll ships rectly in pitched combat using several different missiles and energy weapons. Adjust electronic warfare and drones to defend your ship while maneuvering for the best shots on your enemy.“