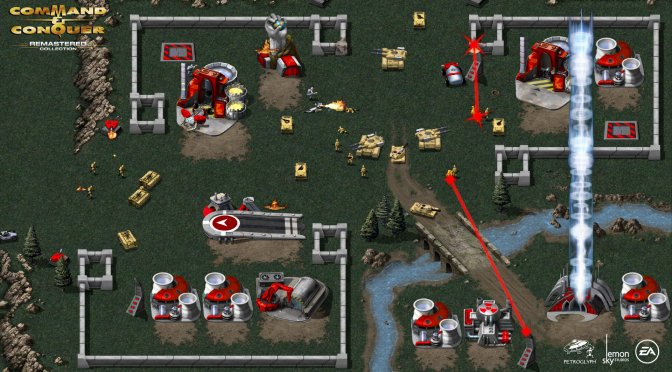 In a Reddit AMA, Petroglyph revealed that Command & Conquer Remastered Collection will feature content that was cut from the original games. According to the developers, this collection will come with over four hours of never-before-seen footage in the Bonus Gallery, along with unreleased music tracks.

Furthermore, the collection will bring to the PC all the missions that were present in the console versions.

“For PC players, we’ve brought the console missions and cinematics into the Collection as well.”

Moreover, Petroglyph has remastered a few of the cut units. Players will be able to use these units  in player-created content (custom game modes).

“For example, you could create a mission with Chitzkoi and Volkov, and change their data any way you’d like. We can’t wait to see what you create!”

This is truly awesome and we are pretty sure that most C&C will be excited about this new content.

From the looks of it, Petroglyph is doing its best to appease to all C&C fans. After all, the game will have remastered visuals, cut content, support for mods and online modes. Sadly, there won’t be support for LAN at launch. However, the team is looking into adding it in the future.