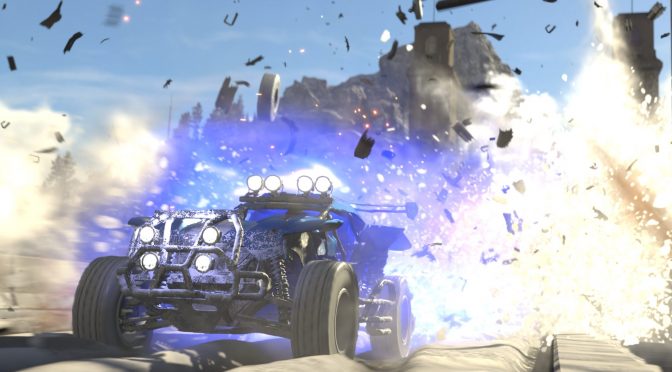 Codemasters has announced a new arcade racing game, called ONRUSH. ONRUSH is described as a celebration of sensational speed, outright fun and over the top spectacle. And while the game looks fun, it was only announced for PS4 and Xbox One. However, Codemasters’ Community Manager revealed that the game will also come to the PC at a later date.

“ONRUSH is a pure arcade racing game, best suited to consoles, and the studio is experienced in making racing games for console. PC will absolutely follow at a later date, but we really wanted to focus on making the best possible experience on console first.”

So yeah, Codemasters will be concentrating on the console release first. Once this version is out, in Summer 2018, it will port it to the PC.

In ONRUSH, racing with style and flare is what counts as you perform incredible takedowns and put everything on the line in order to power up your all-important RUSH bar. RUSH is the ultimate power up, producing an exhilarating and devastating force. This force, when used at the right time, can wreak havoc on your competition.

“We are extremely excited to finally be able to talk about ONRUSH. The team grew up playing iconic, arcade racing games so it is great to have the opportunity to re-imagine those experiences on today’s consoles and bring something fresh to the market. We believe that it is something that gamers are crying out for.

The most important factor in the game is that it has to be fun. It is not about tire choices, car setups or even racing lines; it’s about edge of your seat action and taking death defying risks in order to reap the biggest rewards.”