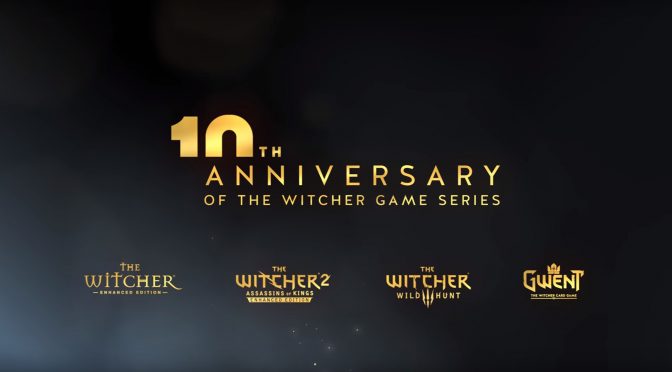 CD Projekt Red have released a video on their ‘The Witcher’ YouTube channel thanking players of the Witcher series for all of their hard work throughout the games keeping Geralt and has friends alive all these years.

Celebrating the 10th anniversary of The Witcher

Personally I think this is such an amazing short video and truly does show that CD Projekt Red really do care about their player base and all the fans of the 10 year long franchise. Sadly, as much as we all would like another Witcher game the ‘Geralt’ storyline has come to an end but the developers have not said that the Witcher Universe is finished so I’d expect a continuation of the Witcher universe in some fashion of perhaps a older Geralt teaching a student (player)?

Regardless of if there is a continuation or not this short video above is a very cool ‘thank you’ from CD Projekt Red and hopefully other developers can take note of this and us gamers can be rewarded for our dedication more often!