News flash everyone; the GOG version of The Witcher 3 has been leaked on pretty much all torrent sites. And while most of you would be thinking that all companies would do anything in their power to take down these torrents, CD Projekt RED decided to think outside of the box and let PC pirates know that the day-1 patch will be available to everyone as a separate download.

Yeap, CD Projekt RED is not restricting its day-1 patch to the game’s owners. Instead, those who pirate the game will be able to update the game and have its latest version up and running.

Oh, and there is no catch here. Instead of crucifying PC pirates, CD Projekt RED’s dev kindly asked for their support. Now that’s the spirit CDPR.

For the time being, we are marking this as a rumour. This user registered to that torrent website a couple of hours ago. Apart from the information about the day-1 patch, he did not provide any additional information to prove that he’s actually working at CDPR. In short, he may be a fan trying to act as a dev.

Still, it would be really cool if this was CDPR’s official reaction to the leak! 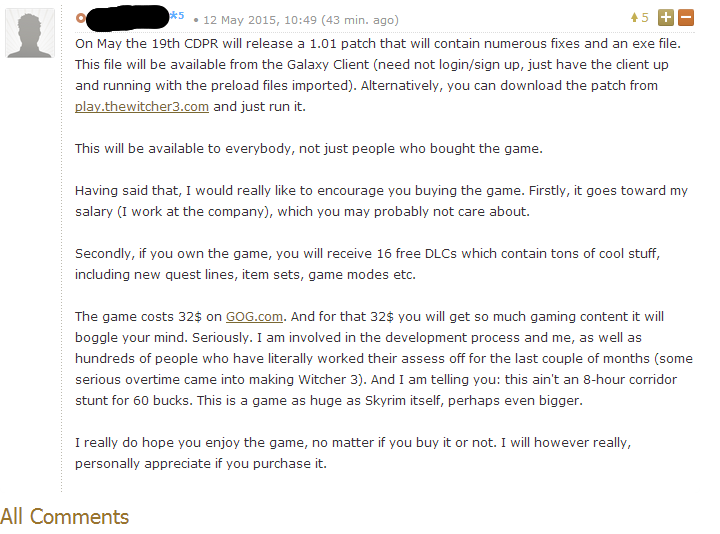