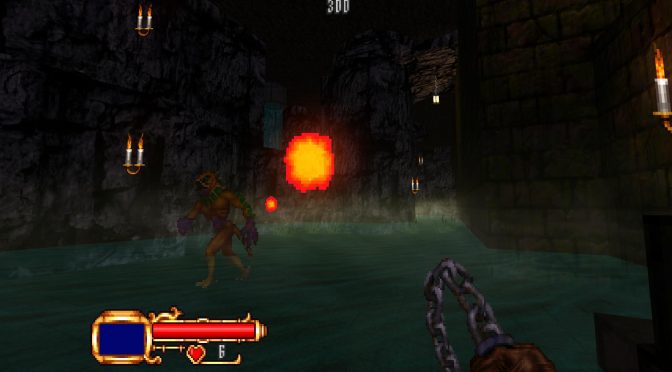 What’s also great here is that this total conversion mod does not require the base DOOM game. All you have to do is download it, get GZDoom, drop Castlevania.ipk3 in and you’re good to go.

Instead of wasting his time with 3D models, Batandy uses 2D sprites in Castlevania: Simon’s Destiny. Moreover, he used the sound effects directly from a Castlevania game. The end result is super-retro-cool, and something that will definitely put a smile on all Castlevania fans’ faces.