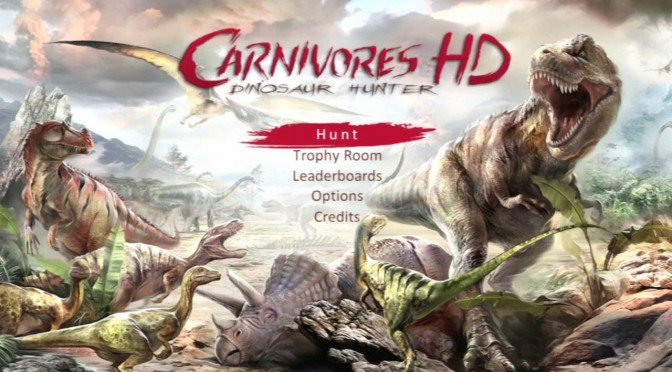 Artem Kuryavchenko, who worked on the original Carnivores and is the games technical lead said:

“It’s been over fifteen years and I’m delighted I could help bring back Carnivores to its rightful home on the PC.”

Carnivores: Dinosaur Hunter Reborn is described as an authentic hunting simulation where you track and stalk your prey.

“You can’t just rely on your weaponry and later arrival in the evolutionary theater to get you through. You need to be thoughtful and mind your surroundings. Consider your prey, their habits, and how they’ll react to seeing you. And most importantly, you need to consider that the last thing that was needed to kill these creatures was a giant comet.”

As the press release reads, every dinosaur you encounter on this planet is unique; some are practically tame; others will run and hide at the merest suggestion of sound or smell of you; the worst will become enraged at the first sight of you, turn the tables, and hunt you until the ends of the reserve.

Carnivores: Dinosaur Hunter Reborn is available now on Steam for $14.99.