Going into more details, the June 18th Patch fixes an issue where Players could only access the Options Menu while queued for a match. It also fixes an issue that was causing Players in the Warzone client to see a placeholder image when receiving a gift from a Player in Black Ops Cold War.

As always, Battlenet will download the June 18th Update the next time you launch its client. Below you can also find its complete changelog. 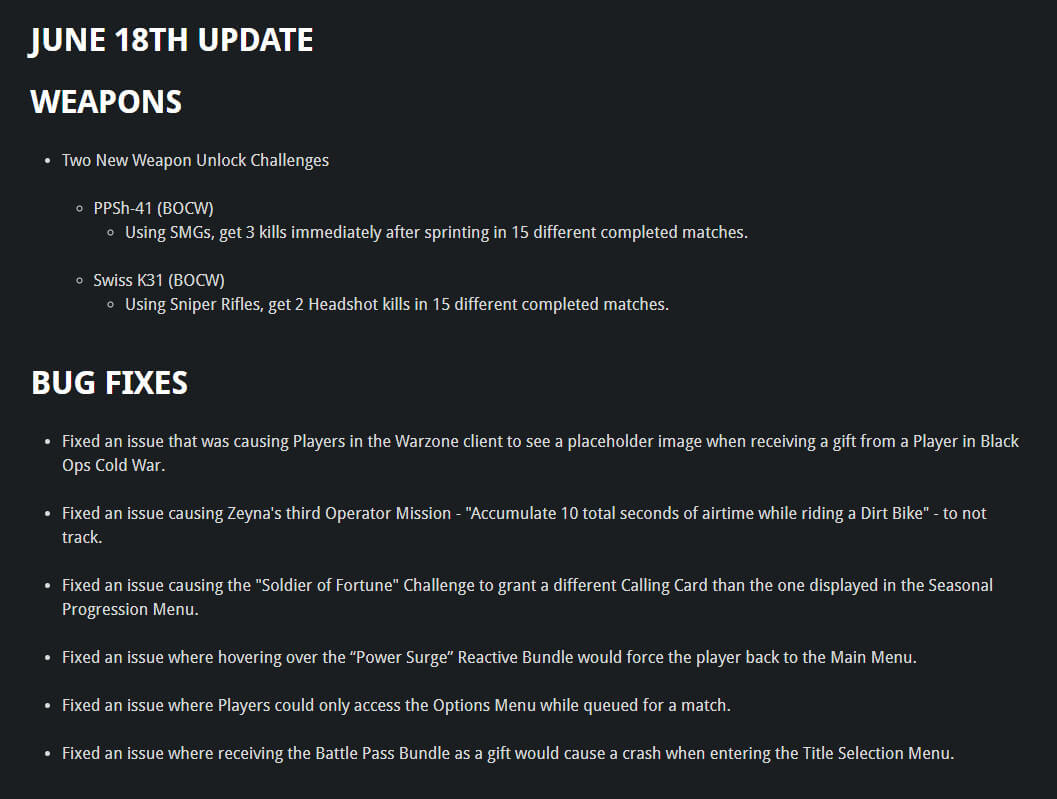