Jason Stokes has launched a Kickstarter campaign for a new shooter, inspired by classic games such as Contra, Super Mario Bros 3, Bionic Commando, and Blaster Master. Stokes wanted to start a project that combined some of his favorite game mechanics together to see if they could co-exist, thus Bullet Bros came to fruition.

As the press release reads, the vehicle linking mechanic, which lets players link vehicles together into wacky new combinations, is a great example of the creative gameplay Stokes is shooting for. If you’re flying a helicopter, for instance, you can swoop down and airlift your friend driving a battle tank. You can help him out and carry him over large gaps and obstacles, or you could just fling him off into a pile of enemies and let him fend for himself.

Stokes has been self-funding the project thus far, and he is looking for help from the Kickstarter community to take the game to PC and other platforms. Bullet Bros needs $80,000 to hit its minimum funding goal. Hitting this goal will see the game through its PC release, equivalent in size to the old Contra games; 10 levels, each with a unique “big bad” boss, 10 vehicles, unique music for each level, and local co-op. The Bros will have access to different utility items such as Grappling Hooks, Parachutes, Sandbags, Grenades, with more to be added along the way.

With the help of the community, Stokes is hoping to reach some stretch goals, including a huge world map with 90-plus levels, secret objectives, mini-games, more robust vehicle linking, Bro Links (who wouldn’t want to link up with their best friend and battle bad guys together?!), and more. At the $120,000 level we see online co-op added, and at the $490,000 level we’ll see a 4 vs. 4 team deathmatch!

If Bullet Bros can make its fundraising goal by December 6th, you can expect to see it on PC in November of 2014. 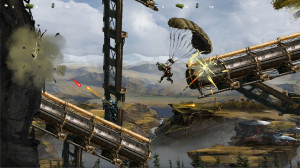 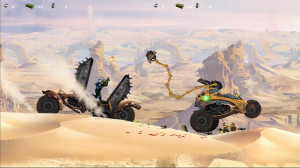 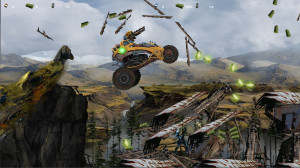 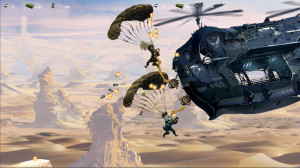 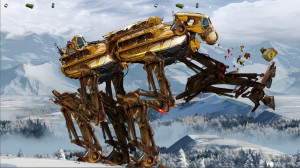 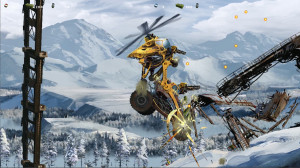