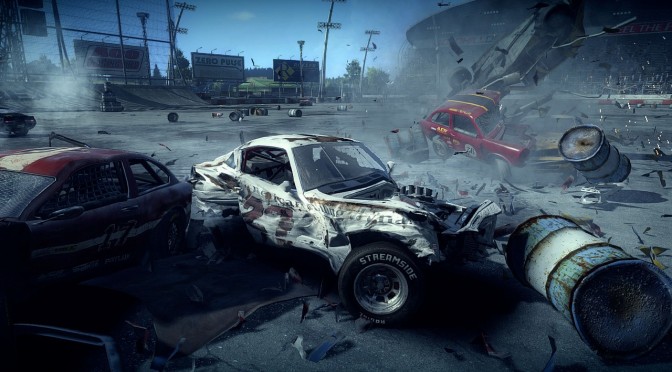 Bugbear Entertainment announced today that the official Early Access launch of its titular demolition racing game, aptly titled Next Car Game, has been a huge success.  According to the press release, the game was officially launched on Steam mid-January, and it instantly took the Steam Top Sellers chart by storm. In total, the game made over $1,000,000 during one week in sales through its own pre-order site and Steam.

As the team stated on the press release:

“This is an amazing success for a racing game, especially considering our tough road to the success. Along the way we pitched the game to numerous publishers in the hopes that the game would eventually get released. Unfortunately we receive the same response all over again – there were no market for a game like ours. Come on, who would want to race and crash with such old beaters? Well, we would! Because of that we didn’t give up, but instead chose to seek crowd-funding on Kickstarter. However, we experienced another setback when our Kickstarter campaign didn’t reach the goal we were aiming for.

However, we still believed in the game, and we decided to release a playable technology sneak peek. We were literally awe-struck by the great response the sneak peek received. The pre-order sales skyrocketed, and we reached and actually topped our original Kickstarter funding goal in just week! And most importantly: the success showed us that the players believed in the game.”

The company noted that the players will also be the ones to benefit the most from the success of the game.

“Thanks to our awesome fans, we finally have a chance to make the game we always intended and shape it into a definite demolition racing experience the players have been yearning for years. We already have some really great new stuff in the works, and if you have any ideas on what you’d like to see in the game, don’t hesitate to visit our community forum and let us know!”

Next Car Game is currently available on Steam and via its official website.