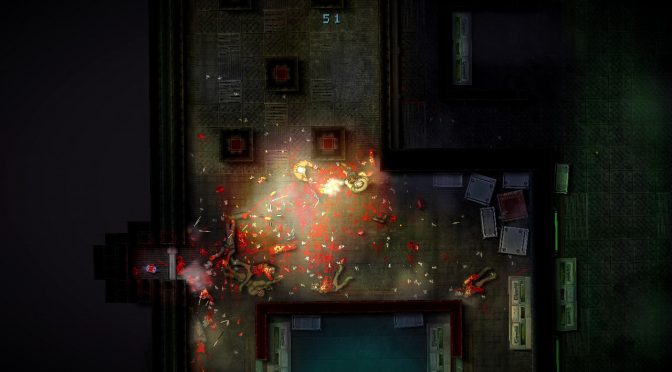 Doom fans, here is something special for you today. Quad Damage Games is currently working on a top-down shooter that is heavily inspired by the classic first-person shooters, called Brutal Mood. Brutal Mood features lots of action and gore violence inspired by pioneers of the shooter genre, and there is a demo that you can download and play.

In Brutal Mood, players assume the role of soldier who survived the demonic invasion. Players will fight their way through hordes of possessed comrades and hellish creatures using the old-school arsenal (including Shotgun and Plasmagun). So basically, think of it as a top-down version of Doom.

Brutal Mood features detailed death animations with lots of blood, time-honored arsenal including classic Shotgun, Minigun and Grenade Launcher, various levels that you will have to cover with remnants of enemies, a soundtrack conveying an oppression and hatred of the action, as well as stylish and well-designed game graphics.

Brutal MooD™ - If DOOM Was a Top Down Shooter!