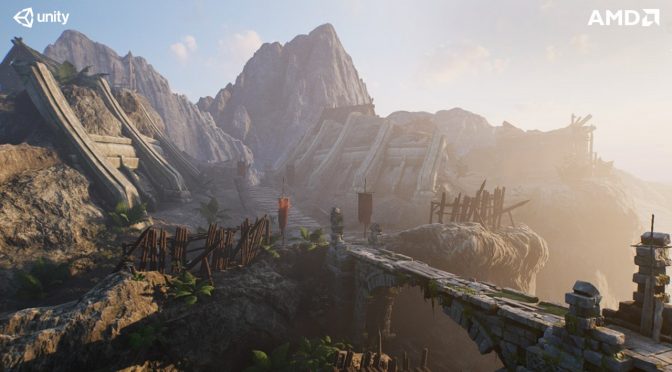 According to the companies, AMD Radeon Rays can be used for lightmap baking and light probe calculation using ray tracing and is being integrated by a number of developers to improve the lighting effects in their games.

This new technique will, obviously, boost overall performance primarily for the artists and designers. As Unity noted, GPU-based lightmapping can generate close to 200 million Rays/Sec, around 10X more than the level of CPU- based approaches. Furthermore, with the new GPU-based progressive lightmapper, Unity users can achieve up to 10x faster bakes on a Radeon Vega in their system.

What this ultimately means is that designers and artists can immediately see how their changes affect their baked global illumination quality, whenever they make any changes to lighting, materials, and textures. This means more efficient use of system resources, faster workflows and an overall better experience for Unity users as they create better quality assets.

You can read more about AMD’s Radeon Rays tech on Unity’s blog.