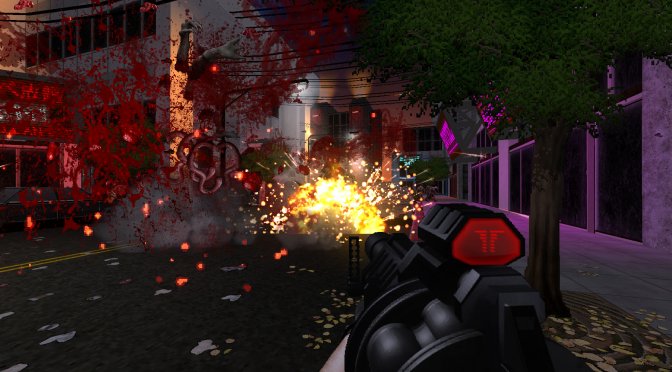 “The game takes place in the year 2251. You take the role of a Staff Sergeant serving as a platoon leader of the G.O.A.S.M.C. and A colony within Jupiter’s moon Callisto has gone silent. Your battalion is called in to investigate, and after a four-month journey, you arrive to witness a most disturbing visage. Now, an unfathomable evil lurks these dead streets, and now it’s hungry eyes gazes upon you. The battleship is suddenly destroyed, with over half of the attack force still inside it. The surviving marines are now helpless on this dead planet with no kind of support or way out. A legion of inter-dimensional creatures arises from the darkness and surrounds you. Now you only have one objective: Survive.”

Brutal Fate promises to feature a huge arsenal of weapons. The game will have an entire circus of monstrosities, carnivorous demons, zombie-like cultists, shuffling supernatural incomprehensible abominations from beyond, and corporate henchmen. Similarly to Brutal Doom, Brutal Fate will also have a dismemberment system. Thus, players can gib their enemies into meat pieces or burn them to ashes. Almost every enemy will feature locational damage and dozens of death animations.

Additionally, players can explore huge non-linear levels. They can also look for secrets to find special rare alternative ammo types for their weapons, health and armor upgrades, and much more. The game will have handcrafted levels and won’t rely on procedurally generated levels. Lastly, players will be able to command their fellow marines.