Focus Home Interactive has unveiled today Bound by Flame, Spiders Games’ bigger project that is under development for months now and targeted for release on PC, PlayStation 3 and Xbox 360 at the end of 2013. In addition, the publisher has revealed the first screenshot for it that can be viewed below.

In this action/role-playing game, players will assume the role of a mercenary possessed by a flame demon in an ambitious Dark Fantasy universe.

Through its different chapters, Bound by Flame will offer many quests around a primary, epic adventure. Depending on the choices made by the player and the influence of the demon, some chapters will offer different scenarios and a different experience, adding important replayability to the game. Real-time battles are impressive and dynamic. If the player begins the game knowing only the basics of combat, fire magic, and assassination, he will be able to specialize by unlocking and improving many skills and powers, through 3 different skill trees.

Bound by Flame lets the players customize their character. During the creation of their hero, players will be able choose their gender and freely alter their facial characteristics. This will of course have an influence on the demon’s appearance. Bound by Flame also includes a crafting system, allowing them to create and improve equipment, including their armor and weapons. Several companions will join the player during his quest, and will, depending on the player’s actions, develop friendship, romance or rivalry. 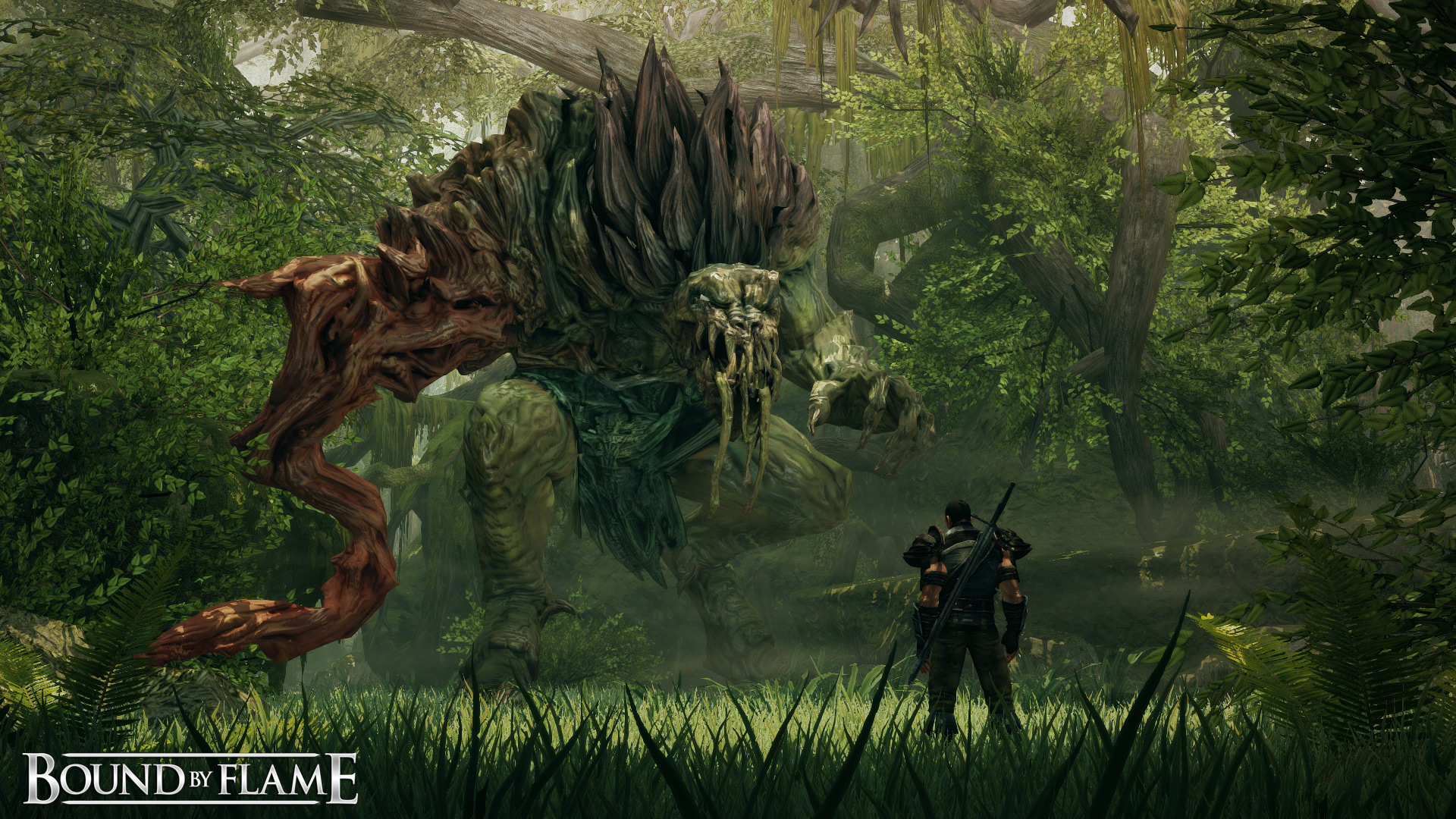