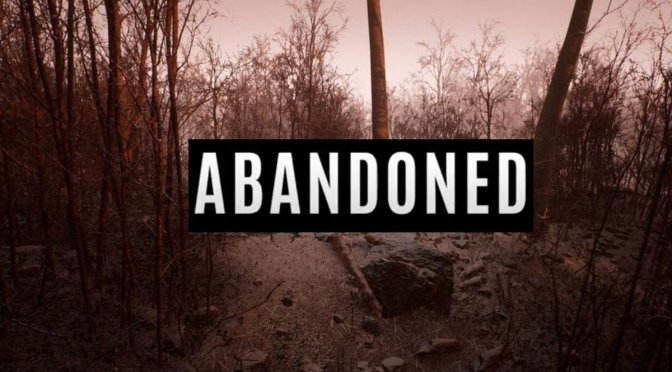 Blue Box Game Studios was planning to reveal the first gameplay trailer for its upcoming next-gen game, Abandoned, on June 22nd. However, the team decided to slightly delay its release until June 25th. And today, Blue Box announced that the trailer will now release in August 2021.

Blue Box Game Studios had an official counter for the release of its app and gameplay trailer that ended at 4PM CEST. However, and instead of releasing the trailer, its CEO Hasan Kahraman announced – via a pre-recorded video – a new delay.

Now the reason I’m saying Blue Box Game has trolled everyone is because the team could have easily published that video earlier. Instead, the team decided to release the pre-recorded video right when the counter for the gameplay trailer ended. And look, I get it. The team is capitalizing on the recent Hideo Kojima rumor. And, from a certain perspective, this act is hilarious. On the other hand, it’s a bit disappointing, especially if this is indeed an indie game.

According to the “Hideo rumor“, Abandoned is a new Silent Hill game from Hideo Kojima. People theorize that Kojima is doing something similar to Moby Dick and The Phantom Pain. However, Blue Box Game Studios has specifically said that this isn’t a Kojima game.

Abandoned is a cinematic horror survival shooter that emulates realistic survival in a first-person perspective. The game will have a massive detailed open-world environment and currently targets PS5 and PC.

An update from Hasan: pic.twitter.com/vpFN81YDXL