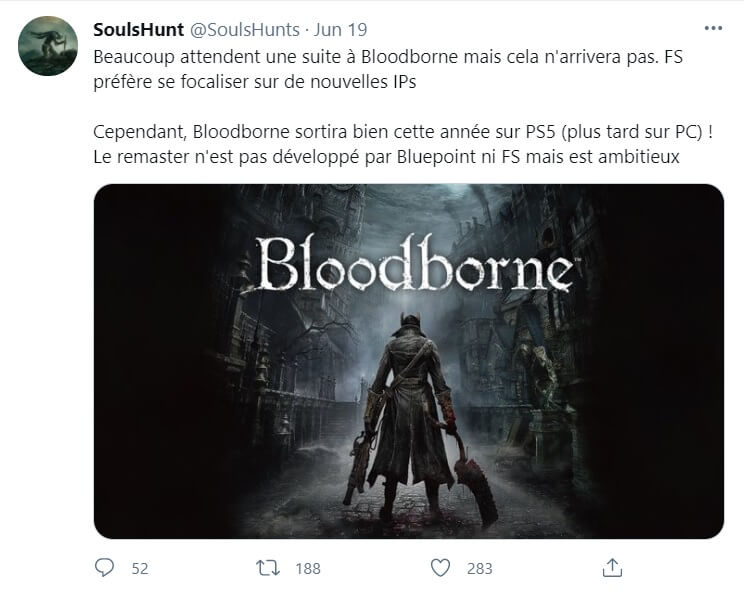 Now the reason we’ve decided to report on this rumor is because SoulsHunt has previously leaked STRANGER OF PARADISE FINAL FANTASY ORIGIN. In short, this isn’t some random dude, and can be considered a trustworthy source.

As said, Bloodborne Remaster will release this year on PS5 and later on PC. Unfortunately, the leaker did not reveal how long the game will be timed-exclusive on Sony’s console.

Speaking of Bloodborne, there is a free Bloodborne demake with Zelda-like graphics that is available for download. So make sure to check it out if you are fans of this particular franchise.