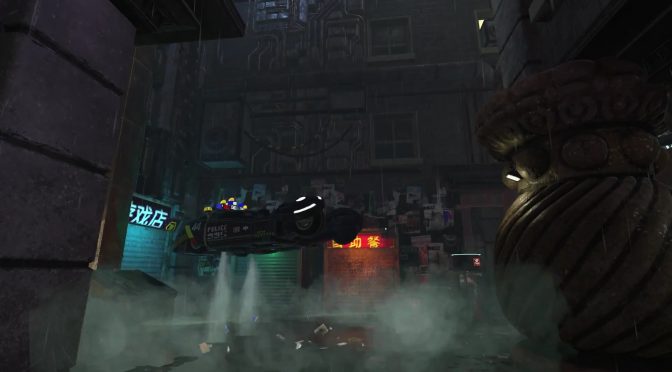 Seismic Games has announced that it has partnered with Alcon Media Group to develop Blade Runner: Revelations, an immersive new Adventure/Thriller VR gaming experience based on the award-winning Blade Runner series. Created in conjunction with Google, Blade Runner: Revelations is included in the soon-to-be launched Lenovo Mirage Solo headset and on Google’s Daydream platform within the first half of this year.

Blade Runner: Revelations is an all-new interactive story and full VR game experience based on the iconic Blade Runner universe, set shortly after the original film and leading up to the narrative of Blade Runner 2049. Players assume the role of Harper, a seasoned blade runner who unravels a twisted replicant plot that threatens the delicate balance of Los Angeles in 2023. Users will search for evidence with the help of their flying spinner, deadly blaster, and esper image reconstruction to try to solve the mystery in an enthralling VR environment.

As the press release reads, the immersive VR experience allows players to explore new mysteries across Los Angeles with ease and some freedom of movement throughout the world. The VR game leverages WorldSense technology created by Google, which provides high definition PC-quality position tracking on a mobile device without the use of any additional external sensors. Additionally, the upcoming Lenovo Mirage Solo headset launch will further elevate the Blade Runner experience thanks to its enhanced portability, ease of use, high performance graphics, and clear immersion all without the use of a smartphone device.

“Seismic Games continues to invest and focus on creating high production game titles that authentically engage and transform major IPs into compelling and expansive interactive experiences for the fans. Collaborating with Alcon Media Group, Google and Lenovo for Blade Runner: Revelations has been an absolute honor, and we can’t wait to hear what the fans and general VR users think as they explore the game.”

“It has been incredibly rewarding to see the Blade Runner universe brought to life with so much faithfulness and nuance in Blade Runner: Revelations thanks to our partners at Seismic Games, Google, and the cutting-edge technology from Lenovo and their upcoming Mirage Solo release. From the aesthetic and narrative details to the intriguing gameplay in the VR world, Seismic has set the bar in delivering a highly rewarding and immersive film-to-game experience Blade Runner fans will enjoy.”

Seismic Games has also released the first teaser trailer for Blade Runner: Revelations that… well… it does not look as good as the press release describes/hypes it. Still, we are pretty sure that Blade Runner fans will find it interesting.