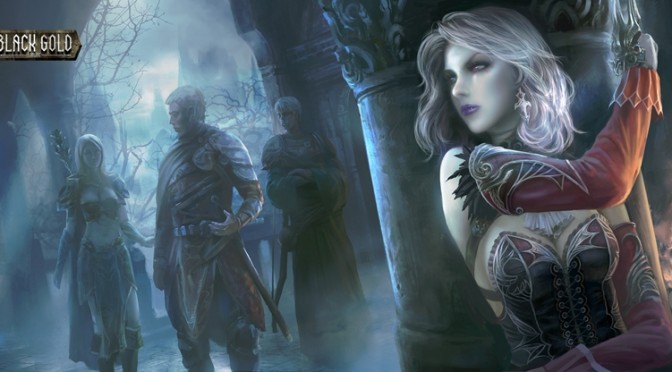 “Following our successful launch of Age of Wushu in 2013, Black Gold Online arrives as an important next step for our emergence in the North American market. Our Closed Alpha period saw incredible player participation and useful feedback, which we’ve taken into consideration as the game continues progression. Closed Beta opens the floodgates even more for player eligibility, which means a more complete game experience for players to test and for our development team to evaluate as we look toward the game’s summer launch.”

According to the press release, Black Gold Online combines the worlds of fantasy and neo-Victorian steampunk, with two factions caught in an epic struggle for supremacy. One side features the land of Erlandir, a realm of naturalist magic and mythical beasts. The other side features the land of Isenhorst, a mechanized society of expansive industry, which utilizesengineering and mechanized equipment to gain the advantage. Players enter the game as these two sides battleit out for control of a powerful, crystallized energy source known as Black Gold.

Closed Beta for Black Gold Online gives players a major opportunity to explore the world of Montel, joining the fray for either faction in large-scale mounted battlegrounds, fast-paced PvP action, faction and guild battles andexperiencing multiple upgrades since the alpha.

-Large-Scale Battlegrounds – Including over 100 customizable ‘Carriers’ (large battle mounts) to develop for each faction
-True Hardcore PvP – Fight against opposing forces (as well as members of the same faction) across a variety of battlegrounds, arenas and hidden ‘Chambers of Greed’
-Energy Well Battles – Join even larger struggles and form armies to fight for control of precious resources in large-scale faction and guild battles
-Additional Upgrades – Revamped graphics, smoother textures, an updated User Interface and other mechanical changes
-Black Gold Online will be available via free download and a special retail version this summer exclusively for PC.