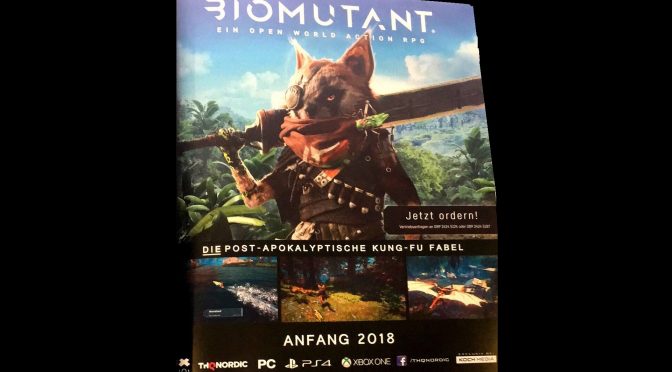 According to the leak found below THQ Nordic is working on a post-apocalyptic open world RPG named Biomuntant, which is seems to be a raccoon accompanied by a trusty grasshopper sidekick. This leak was found in the German trade magazine GamesMarkt and seems to be featuring a very skilled Raccoon that can fly on a dragon, swim and run around an open world.

August last year Nordic Games rebranded itself to THQ Nordic and also announced that there was 23 games in development throughout the company, 13 of these games have not been announced but Biomuntant very well could be one of them.

Biomutant will be coming to Xbox One, PS4 and PC in 2018 according to the magazine and who knows, Gamescom is around the corner so we might get a surprise glimpse of it there!