Intel has claimed that their new 8th-gen CPU’s will be a massive 40% faster.

Intel have announced that their 8th-gen CPU’s will be a massive 40% faster, when compared to 5 year older products for which Intel expect consumers to upgrade from.

Intel has managed this by designing 4 CPU cores into it’s U series chips which have intended use for ultraportable laptops and other portable devices. Now that quad-core has been achieved, another 500MHz of boost has been added allowing for the chip to reach speeds of 4.2GHz. 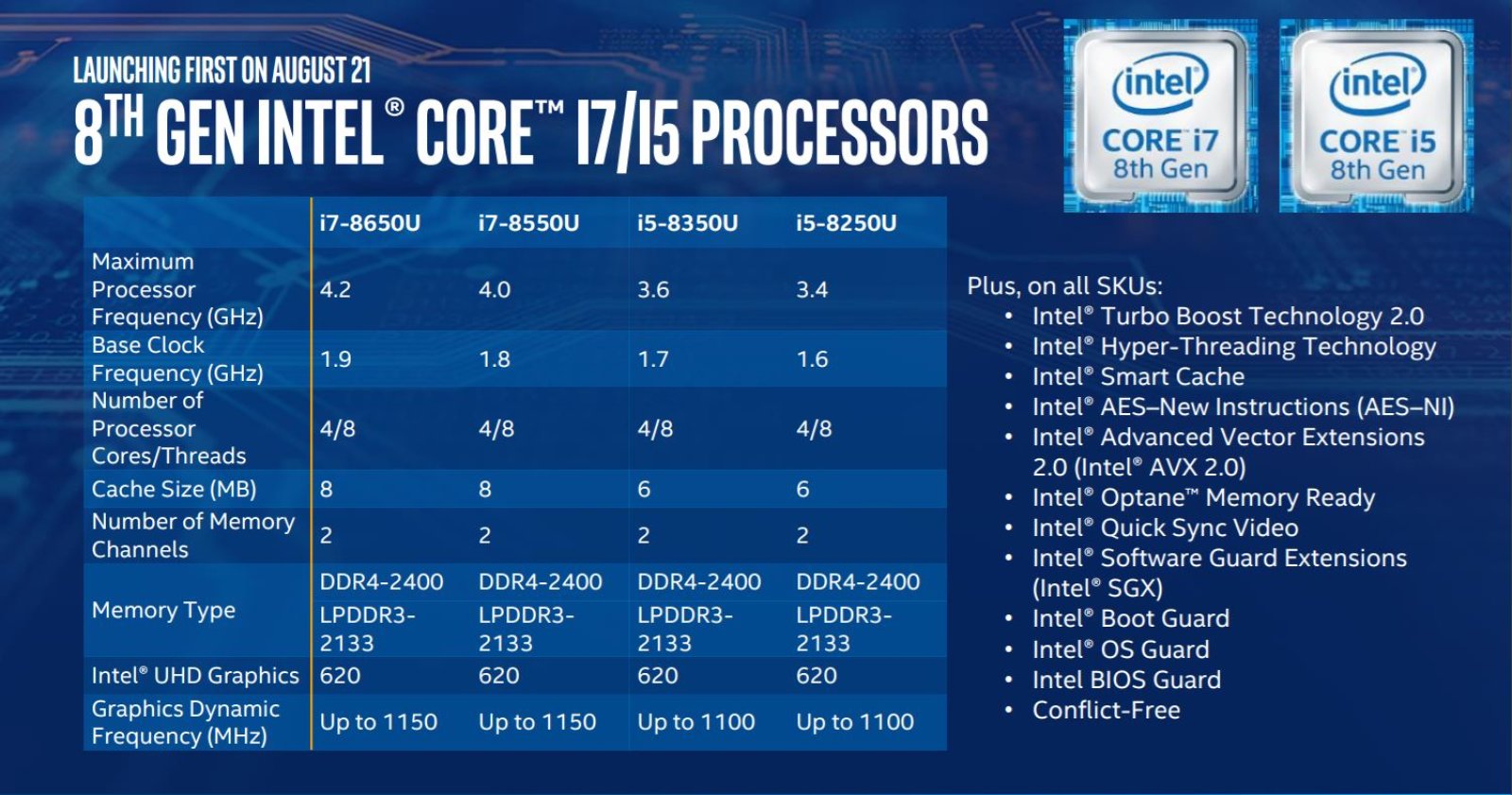 Laptops featuring this 8th-gen CPU will be rolled out sometime in September following by desktops models in the fall. Intel has a lot planned with talk of these 8th-gen CPUs and also discussion on their first 10nm chips.