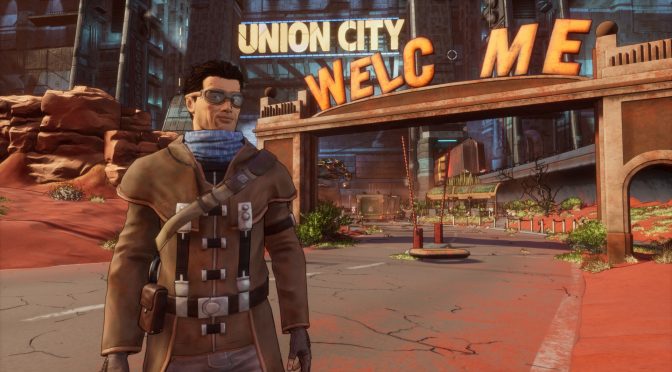 Revolution Software has announced it has reunited with legendary comic book artist Dave Gibbons to create Beyond a Steel Sky – the long-awaited follow-up to classic 90’s dystopian cyberpunk adventure Beneath a Steel Sky.

According to the press release, the game will tell is a thrilling story of loyalty and redemption set in an eery and terrifying world of AI-driven social controls. As can be expected of a Revolution adventure, the tale is woven with the studio’s signature humor, supported by Gibbons’ acclaimed artistic style.

“Even after so many years, fans of the original game are still incredibly loyal and very passionate – and have remained vocal in demanding a sequel. Adventure games are played by a large, diverse audience that hugely enjoys the interweaving of story and puzzles. Our approach has been to write an intelligent, witty adventure game that is wholly intuitive to play and assumes no prior knowledge of the original game or its universe. We aspire to write a modern day 1984 told through the medium of the adventure game”.

Beyond a Steel Sky is described as a hugely ambitious adventure in which intelligent, humorous emergent gameplay drives an edgy narrative. Very much an adventure, the game is set in a dynamic, bounded-sandbox world. A unique world that will respond to – and be subverted by – the player’s actions. The game characters, driven by advanced AI tech, are willful and motivated: their intelligent responses allow interesting, emergent solutions to puzzles and obstacles. The culmination of Revolution’s 30 years of developing adventure games, Beyond a Steel Sky evolves and redefines the adventure genre.

It’s a project that’s been on the minds of both Cecil and Gibbons for many years, but one they felt needed the right real world moment to to it justice.

“Charles and I have discussed returning to the Beneath a Steel Sky universe many times over the years. Fake news, social controls, polarized views – the world is confusing – we agreed that now was the right time for Robert Foster to take a trip back to and beyond that Steel Sky. I am delighted to be working with Revolution again”.

Here are the key features of Beyond a Steel Sky: